Germany's highest civil court has ruled that the online ad blocker AdBlock Plus doesn't violate competition laws. Axel Springer is the latest of several German media companies to bring a case against developers and lose. 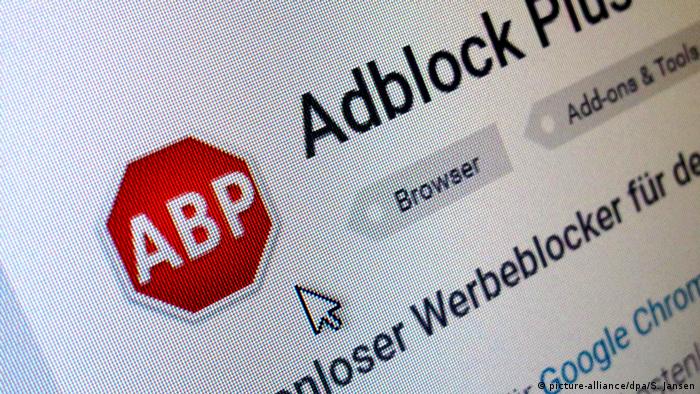 Applications that filter out and hide website advertisements are to remain freely available in Germany, the country's highest civil court ruled on Thursday.

The Federal Court of Justice (BGH) dismissed a claim brought by German media giant Axel Springer, which had accused Eyeo, the developer of the popular ad blocking extension AdBlock Plus, of unfair competition practices.

"We are excited that Germany's highest court upheld the right every internet citizen possesses to block unwanted advertising online," representatives for Eyeo said after the verdict.

Buying, selling and having fun: Yeay

Axel Springer, whose publications include Bild and Business Insider, argued that Eyeo's blocking of online ads violated competition law. It also singled out Eyeo's "white listing" business model, which allows websites to pay a fee so that their so-called "non-aggressive" advertisements can bypass AdBlock Pro's filters. Companies such as Google, for example, pay to have the ban lifted on their website.

However, the BGH struck down the case, arguing that because users had to actively find and install such blockers, they posed no direct obstruction to a publisher's business.

In addition, judges said that Axel Springer could defend itself by denying access to users that have an ad blocker installed.

"The fact that the plaintiff is able to defend themselves against advertising blockers played a decisive role" in the verdict, the presiding judge said.

Read more: Online shopping — being good is no longer enough

Axel Springer is the latest German news organization to try and fail to force AdBlock Plus to cease and desist. The German daily Süddeutsche Zeitung, as well as broadcasters RTL Interactive and Pro Sieben Sat 1 Media, have all had their cases against the developer thrown out by the Higher Regional Court in Munich. Axel Springer's claim, however, was the first to reach Germany's highest civil and criminal court, after the case was passed on by a regional court in Cologne.

Axel Springer said it would appeal the decision before Germany's Constitutional Court on the ground that ad blockers violate press freedom by undermining the financial viability of online journalism and media.

"We are talking about an attack on the heart of the free media," Springer's head of media law, Claas-Hendrick Söhring said after the verdict. Only a select few publications can raise enough revenue via a paywall, she added, therefore making online advertising essential. Many of Springer's publications, such as mass-circulation daily Bild, operate a partial paywall system for their premium content online, as well as allowing ads on their homepages.