In the age of big data, Google critics say online services come at the price of freedom. Opponents say old business models for journalism are being redefined by the Internet and the people who use it. 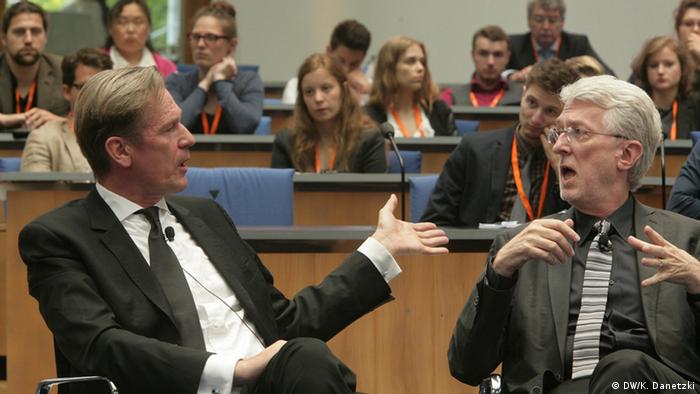 Jarvis accused Döpfner of calling for state funding to save the faltering business model of paid journalism, rather than concentrating on developing new ideas. In response, Döpfner said his publishing company had already changed radically, and that digital content generates two-thirds of the business' profits. He said that Axel Springer SE wants to become a leading digital publisher. Speaking to an international audience that included many journalists, Jarvis pointed out that "It’s far too soon to know what the Internet is and that we should define it in analog of our ways in the past."

In a keynote speech just prior to the panel discussion, Döpfner predicted that "a culture of paying for digital journalism will take root over the next few years. Content that is less valuable will continue to be free, content that is particularly relevant, exclusive or entertaining will be paid for." He also said it was a misperception that people can access online content for free. "The services which are perceived to be free of charge have a much higher price than money. Those who pay with their behavior, pay in the end with their freedom." 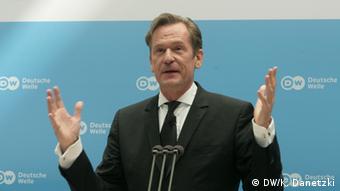 "My newspaper can't do that"

According to Jarvis, anyone who wants to be successful online needs to be Google-oriented. Google isn’t a gatekeeper who decides what information reaches people, he said. "It is a platform that enables anyone and everyone to speak." Jarvis also pointed out that Google has a strict service commitment to its users and the personalized online experience it is developing will be a big part of the future of journalism. "I am happy that Google knows where I live and where I work because I get relevant data back in return. My newspaper has no idea who I am and where I live and where I work and can’t give me relevance."

Journalism is a mission, not a profession

Debate moderator Tim Sebastian pointed out that not only the business model of journalism faces insecurity, but that journalists themselves are too often in danger, citing the three Al Jazeera reporters sentenced to prison in Cairo without fair trial. On the topic of security for journalists, Salah Negm, called for more solidarity from the international journalism community. Negm said that for him, the future of journalism is less of a technical question. "The most important factor is trust," he said, "and we have to earn that trust everyday and every minute. I would like to think of journalism not as a profession but as a mission."

Peter Limbourg, Director General of Deutsche Welle agreed, adding that international broadcasters have a duty to stand up to their responsibility as information providers when national media outlets only show one side of a story. "I think it's good that we have the Russians, the Chinese and the Gulf states in the market and they should come to us and they should bring their opinions," he said, "but it’s a vice versa thing. Let me try to broadcast Deutsche Welle in Saudi Arabia. This would be a difficult thing. Let me try to go in and broadcast in China. Or let me go in and broadcast in Russia – everywhere with everything." 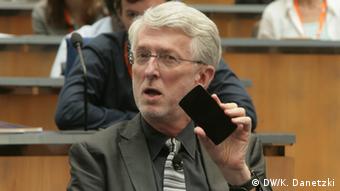 The 2014 Global Media Forum is held in cooperation with many national and international partners, such as Amnesty International, Deutsche Telekom, the Grimme-Institut, NATO, the United Nations, the Vodafone Institute for Society and Communications and Voices of Africa. The conference is co-hosted by the Foundation for International Dialogue of the Sparkasse Savings Bank in Bonn. Support is also kindly provided by Germany's Federal Foreign Office, the Federal Ministry for Economic Cooperation and Development and the City of Bonn. Cooperation partner is The Right Livelihood College Campus Bonn.