Economy Minister Peter Altmaier had already been forced to defend his "National Industrial Strategy 2030" even before officially unveiling the details. Critics have accused him of heavy-handed state interventionism. 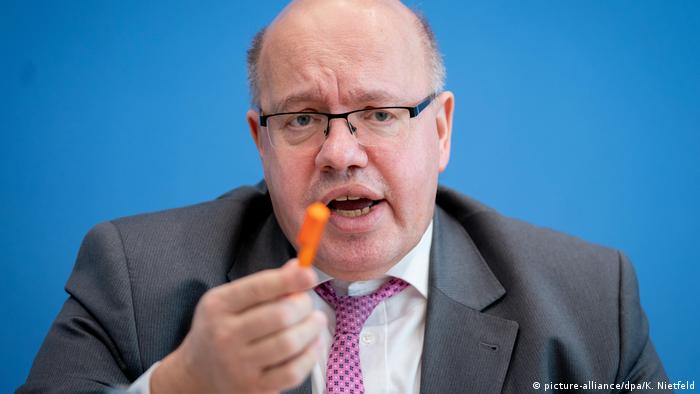 Though it was the first time Altmaier fully detailed the "National Industry Strategy 2030," some key points had previously been revealed to the German media the previous week, prompting the minister to take the defensive against claims of protectionism and intrusive state intervention.

New "national and European champions" need to be created in order to compete with China and the US, Altmaier, a member of Angela Merkel's conservative CDU party, said in Berlin.

In a world of rapid technological development, whoever controls these new technologies has a chance "to be at the front of the pack," while those who "sleep through [these changes] will become the workshop extensions of others," he said.

The economy spokesperson for the business-friendly Free Democrats (FDP), Reinhard Houben, described Altmaier's plan as "a planned economy at the end of the day" and called for businesses to be freed from tax, other state contributions and "bureaucratic restrictions."

The Left's party head, Bernd Riexinger, accused Altmaier of failing to act in the interest of society and complacently handing over more power to corporations.

Anton Hofreiter, the head of the parliamentary group for the environmentally friendly Greens, who currently sit in the opposition, said, "instead of blowing up large companies into corporations, the government should profess its adherence to clear ecological and social goals."

How did the plan come about?

Altmaier said that the 2016 acquisition of German robotics maker Kuka by a Chinese company had left a lasting impression on him.

The 2030 plan also specifically named Siemens as "an existing champion" and a potential target for state support. The German tech and industry conglomerate wanted to merge its rail operations with those of France's Alstom in order to rival competitors including China's CRRC. The European Union Commission is expected to deny the merger on Wednesday.

Altmaier will now discuss his national strategy with representatives from politics, business, trade organizations and unions. The expected outcome is a new industrial strategy that would then be adopted by the German government.

Only 1 percent growth is forecast for Germany this year, according to Economy Minister Peter Altmaier, who attributed the risks to Brexit and global trade rows. Previously, Berlin had reckoned on 1.8 percent. (30.01.2019)

Germans are feeling more frugal than at any point in the last decade, according to a survey by GfK. It found that consumers are putting aside any spare cash in anticipation of much higher energy bills.