A fifth coronavirus case has been confirmed in the southern German state of Bavaria. The patient worked at the same company as the other four people thought to have caught the virus from a coworker visiting from China. 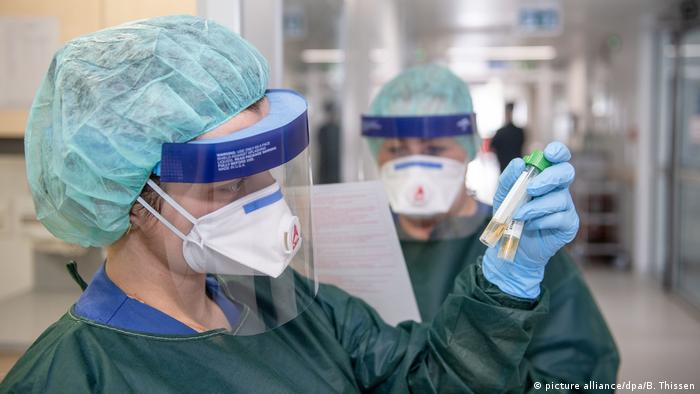 A fifth person in Germany has fallen sick with a new coronavirus, health authorities confirmed on Thursday.

The male patient worked at the same company in the southern state of Bavaria that the other cases originated from, Bavaria's state health ministry said in a statement.

The other cases include three men and a woman who work at German car parts supplier Webasto. The company said on Tuesday that an employee at its headquarters in Stockdorf contracted the virus while taking part in a workshop headed by a colleague visiting from China.

It was the first known case of human-to-human transmission outside of China.

As of Thursday evening, no other employees who work at the company tested positive for the virus, Bavarian health officials said.

Some 110 people who had close contact with the people who were infected are still being tested for the virus.

The state Health Ministry said that further information on the new case would be released on Friday.

In response, Italian Prime Minister Giuseppe Conte said that all air traffic to and from China has been halted.

The new cases in Europe came shortly after the World Health Organization (WHO) declared a global health emergency over the coronavirus outbreak.

The virus has killed at least 212 people in China, with over 8,000 confirmed cases worldwide. The disease was first identified in the central Chinese city of Wuhan in late December, but it has quickly spread to every province in China and over a dozen other countries.

In order to contain the spread of the virus, Chinese authorities have effectively placed 60 million people in Wuhan and the surrounding province of Hubei on lockdown. Foreign governments are currently flying their citizens out of Hubei and placing them under quarantine.

The WHO declared an international emergency over the "unprecedented outbreak" in China, but said they were confident in China's capacity to control it. Meanwhile, airlines were halting flights to the country. (30.01.2020)