A dry spell in Germany that began in February has continued into November, making the summer and fall the driest on record. The drought has impacted farmers and left bodies of water at record lows. 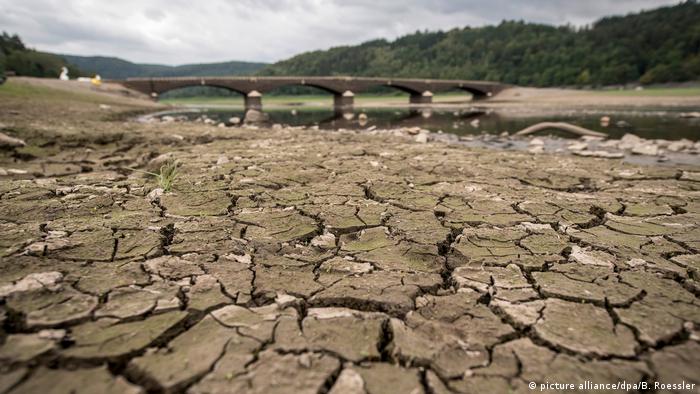 Germany experienced its driest summer and fall/autumn this year since records began, the German Weather Service (DWD) said on Thursday.

From June to November, 225 liters of rain fell per square meter of land, an amount far below the previous record low of 268 liters in the year 1911.

Read more: Climate change: 2018 set to be one of hottest ever years

"If you look at summer and fall together, it has never been so dry since the beginning of regular measurements in 1881," the meteorologists said, adding that the dry spell had started in February.

In the fall, DWD's 2,000 measurement stations recorded an average of 95 liters of rain per square meter, or 51 percent less than the norm of 183 liters. That made the season the fourth driest on record.

The result of the dry spell has been historically low water levels in rivers, streams and lakes. Farmers have also been hit by the drought and provided government support. Germany's vintners, meanwhile, were expecting bumper harvests.

With a temperature average of 10.4 degrees Celsius (50.7 Fahrenheit), September, October and November were 1.6 degrees above the level that would have been expected according to the international reference period from 1961 to 1990.

With around 440 hours of sunshine, there was also 41 percent more sunshine than the 311-hour average. Only once was it ever sunnier.

The pledge comes ahead of a major UN climate conference. Donations to the UN Green Climate Fund are only a fraction of the $100 billion annual goal countries had pledged to reach by 2020. (28.11.2018)