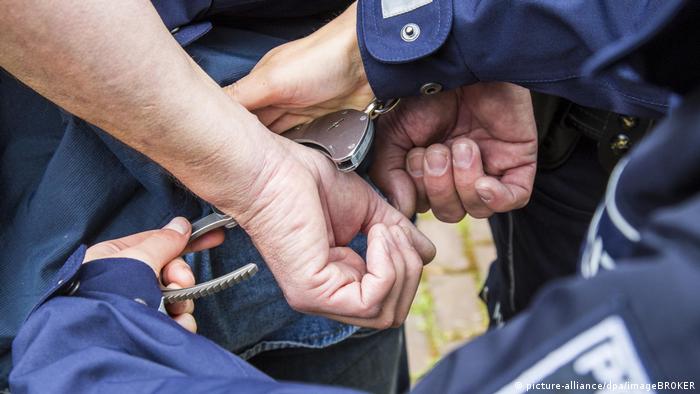 The overall clearance rate for crimes solved rose slightly to 58.4% in 2020

German police crime statistics published on Thursday showed a drop in reported crime during 2020, partly due to pandemic restrictions that kept people indoors.

However, while violent crimes as a whole were down, there was a marked rise in domestic abuse, child abuse, and homicide.

What the statistics reveal

Some 5.3 million crimes were reported in Germany in 2020, a decrease of 2.3% compared with the previous year.

The fall is attributed to a significant drop in the number of burglaries, robberies, and car thefts.

The year saw a 53% rise in the distribution, acquisition and possession of material depicting the abuse of minors, with 18,761 cases reported.

Shedding light on the darknet

German Interior Minister Horst Seehofer said one reason for the increase in such cases was better investigation techniques targeting a clandestine part of the online world known as the darknet.

This was partly due to Germany receiving more tip-offs from the US-based National Center for Missing and Exploited Children.

"We are now getting, and I am very grateful for this, significantly more tips than was previously the case," said Seehofer.

There was also a rise in child sexual abuse of just under 7% — to 14,594 cases, something Seehofer attributed to improved detection and investigation.

"We are seeing more because of better educational work, information work, investigative work than before," he said.

Cybercrime, and domestic violence, were also on the increase, as well as fraud cases, many of these being related to ripping off coronavirus support schemes.

Federal Criminal Police Office (BKA) President Holger Münch said the first lockdown last year had seen a recorded increase of about 6% in domestic violence. There was an increase of about 4% in violence against an intimate partner during that same period.