The coronavirus pandemic has hit many people hard, not least burglars in Germany. With so many people working from home, insurance claims after house break-ins fell to an all-time low. 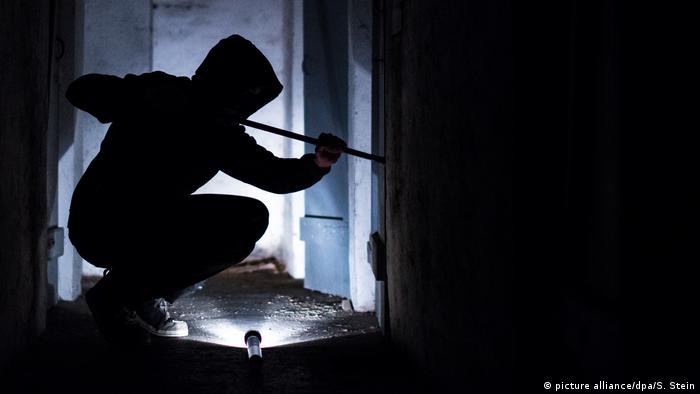 The German insurance industry association GDV on Thursday said the number of claims from break-ins had fallen to the lowest level since it first compiled statistics.

"The fall in break-ins is largely owing to people spending so much time at home thanks to the coronavirus pandemic," GDV head Jörg Asmussen said. "Burglars often had no opportunity to commit the crime."

Even before the coronavirus pandemic, burglary numbers had been on the decline, diminishing every year since 2015.

Many home and apartment owners are now investing in better security technology, which Asmussen explained has paid off. Almost half of all burglaries fail because the perpetrators can't get into the house fast enough, he explained.

Burglary reports had been on the increase continuously from 2008 to 2015, with the peak number of annual claims at 167,136 — about twice last year's figure.

Police in central Germany have arrested a man who allegedly broke into a house, ransacked the property and then fell asleep on the sofa. Officers have said drugs were likely the cause of the mid-theft drowsiness.

In a bid to reduce Germany's rising burglary rate, the country's interior minister has called for more CCTV cameras and special surveillance officers. More than 160,000 burglaries were recorded last year.