Police in central Germany have arrested a man who allegedly broke into a house, ransacked the property and then fell asleep on the sofa. Officers have said drugs were likely the cause of the mid-theft drowsiness. 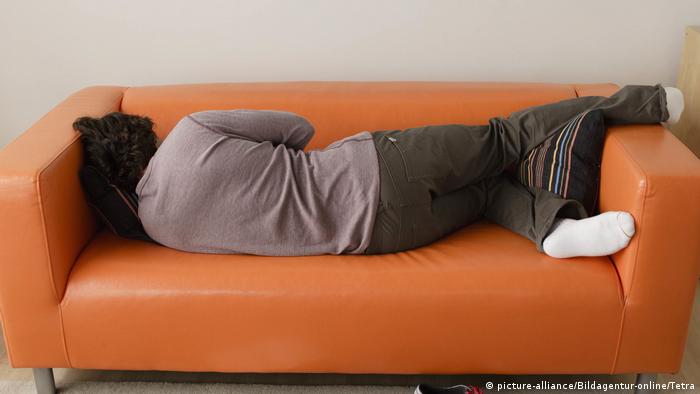 A family from Erfurt in central Germany got a nasty shock on Sunday when they returned home to find a would-be burglar asleep on their couch.

Local police said the alleged offender forced his way into the house overnight and collected the valuables he was apparently intending to steal.

But instead of making a speedy getaway with the booty, he curled up on the sofa in the yoga room and took a nap.

A statement from police said the 40-year-old suspect was spending Sunday night in custody "in order to prevent health-endangering sleep deprivation."

They alleged he was under the influence when he fell asleep mid-burglary.

Around 5,000 ecstasy pills shaped to resemble US President Donald Trump's head have been secured by Osnabrück police. With a promise to "make partying great again," the orange pills go for a premium online. (22.08.2017)

One man's late night ride on his tractor could end up costing him big, after German police say he drove over six different speed cameras. Authorities estimated that the damages could run into hundreds of thousands. (12.12.2017)