Germany reckons with a long troop deployment in Mali 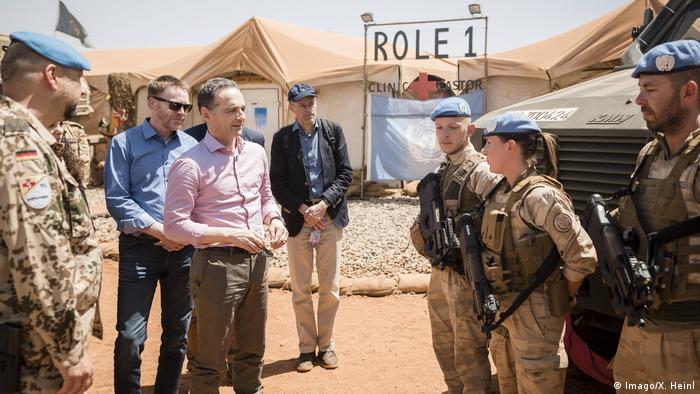 Mali is Maas's last stop on a five-day trip to West Africa.

As part of this trip, the the foreign minister visited German Bundeswehr troops stationed in the northeastern city of Gao as part of the United Nation's MINUSMA peacekeeping force.

Maas' tour of the Gao camp came just days after an EU training mission, where German soldiers are also stationed, came under fierce attack. In that incident, insurgents detonated car bombs and fired on the EU mission in the south of Mali, injuring three Malian soldiers.

More than 1,000 German troops are in Mali as part of the two missions to help stabilize the West African country.

Earlier in the week, Maas held talks in Sierra Leone as well as in Burkina Faso, where he pledged €46 million ($52 million) to stabilize those regions particularly affected by terrorism and crime.

The African Union, with its 53 members, demands permanent seats for two African countries.

Thomas Schiller, the head of Konrad Adenauer Stiftung in the Sahel, believes this could be difficult to realize.

"The Security Council question is always a very tricky one because the African continent is very diverse," he said in a phone interview from the capital, Bamako, where he is based.

"You have English, French, Portuguese and even Spanish or Arabic speaking countries. The question of a permanent seat for an African country is on the table since many years. But there is not an easy way to do it because which country would represent Africa?"

But Maas' chief concern during his visit was Mali.

In an interview with Germany's ZDF broacaster while visiting the UN mission, Maas stressed that the German deployment in Mali was "very dangerous”. Two Bundeswehr soldiers have died in the West African country since Germany first sent troops there in 2013.

He said that despite the dangers, though, he was confident that Germany's commitment was making a contribution to peace in the region.

"We attach great importance to the fact that the soldiers who are here are secured as well as possible, that the camps and equipment is appropriate. But we are here to help create peace and to implement a peace treaty," he said.

Cooperation with other countries sending troops to Mali is also working well, he stressed. 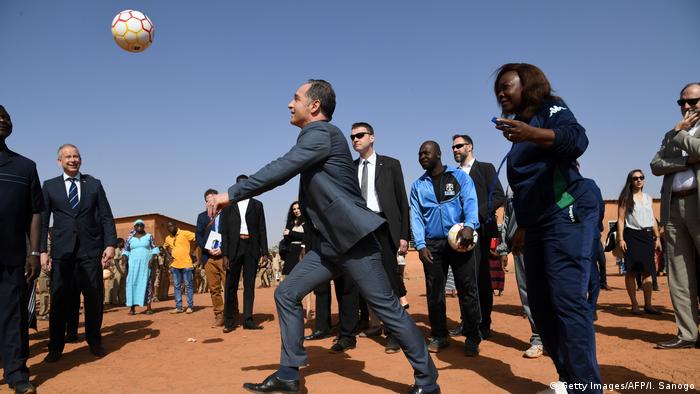 Mali is 'getting worse'

The Bundeswehr is in Mali to train its main armed forces and to enable troops to engage with the security situation, to empower them to restore stability in the country, explained Mali expert Schiller.

"Also, the German participation in the UN mission is about helping to stabilize the north and implement the peace agreement. Malian armed forces are now more capable but of course they still need assistance and training and certainly the UN mission helps a lot."

Faced with increasing insecurity, Mali's forces need all the help they can get.

"The security situation has been deteriorating for a few years," said Schiller. "It's not improving. It's getting worse."

Another attack took place in the center of Mali on Monday when 17 people were killed by a booby-trapped corpse. The body had been filled with explosives.

For these reasons, pulling German troops out of Mali isn't an option, Schiller believes.

"The alternative would be to do nothing and ... that's not really an option. Because if the situation deteriorates more, we will have a lot more problems afterwards than we have now."

Terrorists keep blocking the peace process between the government and rebel groups.

Islamist militias are mainly active in the north of the country, especially in the region around Gao.

Foreign Minister Maas has promised additional protection for German soldiers, if necessary. Everything would be done to ensure that the soldiers can ensure their security with the "best possible equipment and the best possible infrastructure," he said.

"But I think the worst thing we could do would be to leave here," Maas said. "Because then the structures that have already been set up will very quickly collapse again, terrorists and organized crime will regain the upper hand over this country, and everything would have been in vain." 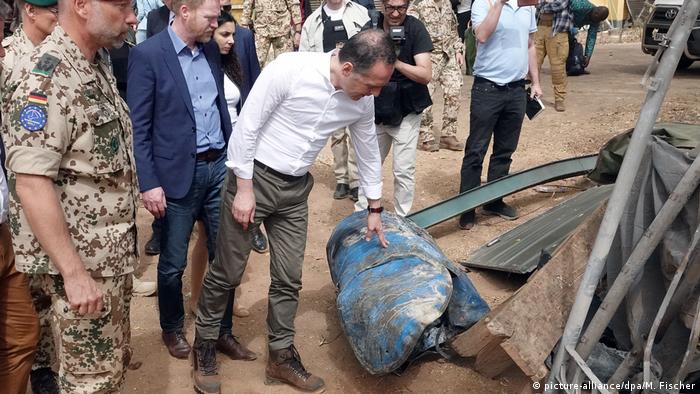 "Germans are very pragmatic in their working methods, especially in the way they manage their international aid," she said.

"We think that Germany can help us enormously in this context, particularly in the field of armaments and assistance to defense and security forces. And also in our plea to make sustainable the joint strength of the G5 Sahel," Camara said.

The G5 Sahel Joint Force is a regional alliance of Burkina Faso, Chad, Mali, Mauritania and Niger – five of the countries in the vast Sahel region that are struggling to combat Islamist militants.

But the joint force is struggling with funding and has been criticized for its lack of coordination, thereby undermining its mission to counter terrorism.

"This initiative of these five African countries is very important," said Schiller.

"They want to do more. They want to join their forces. They want to create synergies and we should support this because it is very important that Africans take care about basic security themselves and economic development themselves on the long run."

The two casualties come after an attack on the UN mission in northern Mali that killed 10 peacekeepers last weekend. The UN has urged a swift investigation to "bring the perpetrators to justice." (26.01.2019)