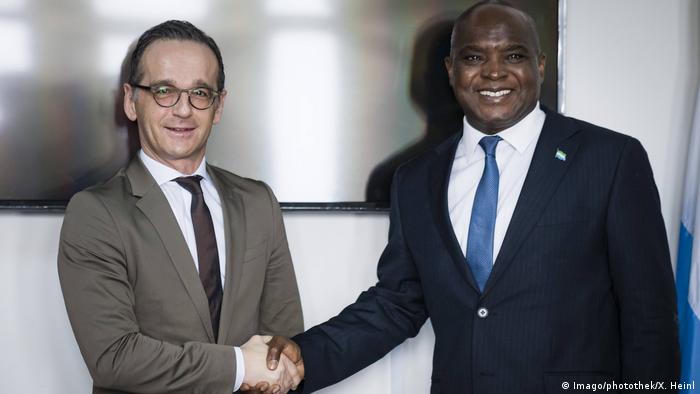 After arriving in Sierra Leone on Sunday evening, Heiko Maas met with the country's president, Julius Maada Bio, as well as with Foreign Minster Alie Kabba on Monday.

According to Germany's Foreign Ministry, the talks focused on post-conflict reconciliation as well as how Sierra Leone can serve as an example for other countries emerging from violent conflict.

"We can learn from Sierra Leone what [international conflict management] means: Going from a country under civil war to a country that is standing on its own two feet," the German Foreign Minister said in the capital, Freetown.

Sierra Leone is one of the few African countries which, having suffered a long civil war, is making visible progress on the path to democracy. Since the end of Sierra Leone's brutal 11-year conflict early in 2002, the country has held four elections. The last polls, in March 2018, the first to be held without United Nations supervision, saw a peaceful transition of power from Ernest Bai Koroma to President Bio.

In addition, the use of sexual violence in conflicts was also discussed during today's meeting. Earlier this month, Sierra Leone declared a national emergency over the rape of young girls as sexual abuse cases spiral in the country.

Conflict minerals and the mining sector

Maas is also meeting with civil society representatives, where one of the issues on the agenda is the trade in minerals from conflict zones. Sierra Leone is rich in natural resources, including diamonds, which notoriously fueled its civil war.

Despite its natural riches and relative peacefulness, however, Sierra Leone is one of  the world's poorest countries, still struggling economically.

In 2018, growth slowed to an estimated 3.5 percent from 5.8 percent in 2017, according to the African Development Bank. The downturn is mostly due to a weak recovery in mineral prices compounded by the closing of Sierra Leone's main iron ore company, which stopped production at the end of last year. 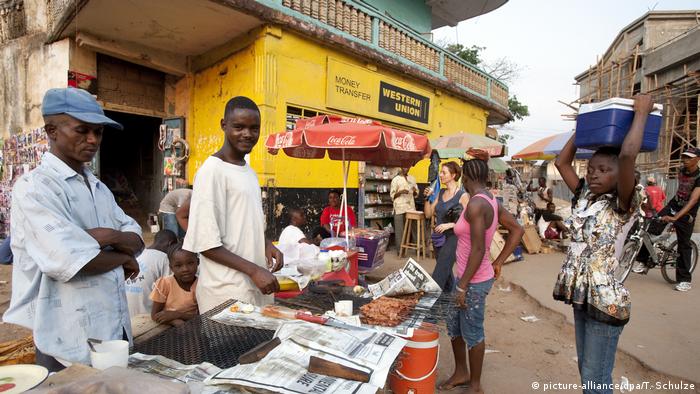 Formal work is rare in Sierra Leone, where an estimated nine out of 10 people work in the informal sector

Sierra Leone's nascent economy also took a battering in 2014, when it was hit by an outbreak of the Ebola virus that killed more than 3,900 people.

Most of Sierra Leone's exports are unprocessed commodities such as gold, diamonds, iron ore and cashew nuts.

As such, Sierra Leone is still highly dependent on international aid. Germany is one of its most important development partners, with cooperation focusing on youth employment, education and agriculture.

After Sierra Leone, the German foreign minister travels onto Burkina Faso and then to Mali, where 836 German troops are stationed as part of the United Nations MINUSMA mission as well as 169 troops as part of the EU mission (February 25, 2019 figures).

Maas' trip comes as the EU Mission was attacked on Sunday. In an official statement, the EU Training Mission said three Malian troops were injured in the incident, in which "unknown elements" fired missiles and guns, and detonated car bombs. 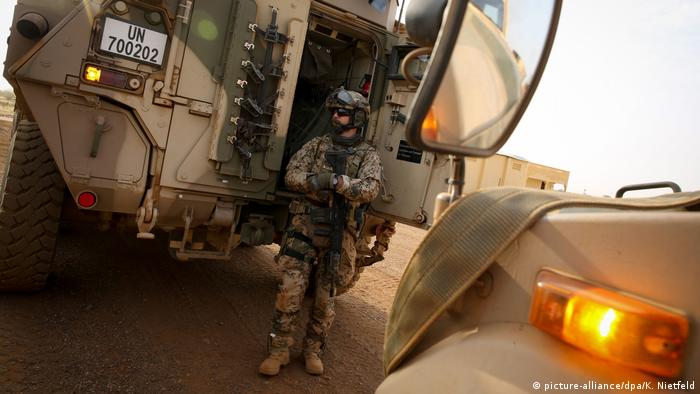 MINUSMA, to which German contributes troops, is the United Nation's deadliest mission

German troops are also stationed at the camp, which Maas plans to visit the EU Mission later in the week.

Just a week earlier, a German convoy in the west of Mali came under attack. A Malian soldier was seriously wounded during the exchange of fire.

"In Mali and Burkina Faso, instability and conflict are currently giving us cause for great concern," Maas said in a statement released on Sunday.

"I would like on this trip to gain a first-hand insight into the challenges and opportunities in these three countries as well as in the region."