Germany ranks high on list of tweet censorship | Germany| News and in-depth reporting from Berlin and beyond | DW | 10.02.2015

The US microblogging platform Twitter has released its semi-annual transparency report, revealing a sharp increase in requests by governments asking for user information as well as the deletion of tweets. 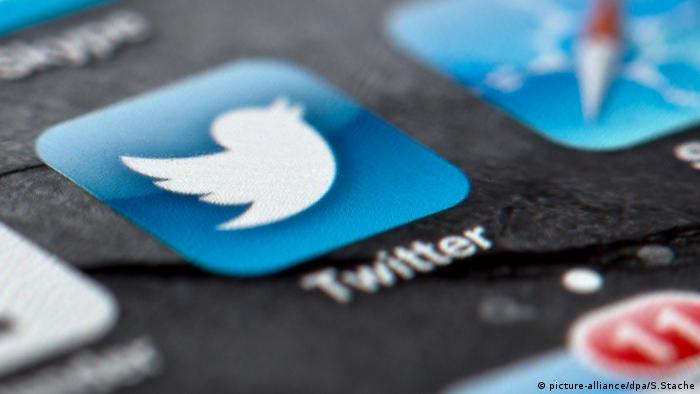 What do Turkey, Russia and Germany have in common? Censorship of tweets - although for different reasons and to a dissimilar extent. According to a semi-annual transparency report released by online microblogging platform Twitter, all three countries have ranked, in that order, top in terms of meddling with Twitter user accounts.

Germany, with its 43 requests for content removal, stands far behind Turkey, which placed 477 requests and Russia, which had 91. The predominant reasons given for removal were also different in nature: "Turkish requests generally focused on claimed violations of personal rights (such as defamation) of both private citizens and government officials … As for Russia, requests ranged from promotion of illegal drugs to attempts to suppress non-violent demonstrations … Most German requests dealt with complaints of alleged hateful and discriminatory content, resulting in 37 percent compliance."

The German government's press office has not responded to confirmation requests placed by DW. However, Twitter explains:

"Many countries, including the United States, have laws that may apply to Tweets and/or Twitter account content. In our continuing effort to make our services available to users everywhere, if we receive a valid and properly scoped request from an authorized entity, it may be necessary to reactively withhold access to certain content in a particular country from time to time."

Torsten Müller, social media expert and co-founder and CMO of Tame social media tool, pointed out that Twitter censors some content itself, for example Islamic State videos showing beheadings. And he said he wasn't "necessarily worried" that Germany was grouped in with Turkey and Russia here, "because in cases of discrimination and hate speech and the like, I think investigations are legitimate."

He added that the compliance rate of 37 percent in Germany's case showed "that many of these requests meet Twitter's criteria."

In contrast, Twitter's compliance rate with Turkey and Russia was around 13 percent, and the company specifically mentions, "we denied several requests to silence popular critics of the Russian government and other demands to limit speech about non-violent demonstrations in Ukraine."

"Transparency is vital to freedom"

"We have found that transparency is vital to freedom of expression. Upon receipt of requests to withhold content, we will promptly notify affected users unless we believe we are legally prohibited from doing so (for example, if we receive an order under seal)," Twitter writes in its terms.

"With hundreds of millions of Tweets posted every day around the world, our goal is to respect our users' expression, while also taking into consideration applicable local laws."

Malte Spitz, a member of the German Green Party, said it was commendable that Twitter strived to create such transparency and that "more online companies should follow this example."

But it shouldn't only be up to companies to do this, Spitz said. "I would welcome it if German authorities took steps to provide transparency themselves by providing detailed information on which kind of content they object to and why. In a democratic country, this shouldn't pose any kind of problem."

Because the press office of the German government failed to respond to this author's questions, one can only speculate on the content of the tweets which it asked to be deleted. What is clear is that German society, along with a number of other societies in the Western world, appears to be battling with a polarization of value systems. On the one hand, Germany has seen an increase in participants of demonstrations staged by the so-called PEGIDA group, which stands for "Patriots against the Islamization of the West" and whose name basically says everything and is widely considered to be xenophobic. 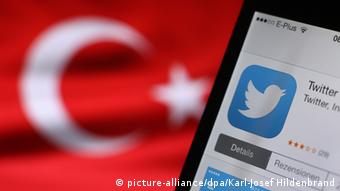 On the other hand, society is also confronted with an apparent growing trend of young people being recruited to terrorist organizations, such as Islamic State, and sacrificing their lives "waging jihad" in Syria and Iraq for these groups.

One such Islamist is Denis Cuspert, a former rapper under the name of Deso Dogg, who is using what fame he had to spread the Islamic State message and recruit young Germans for the cause.

Of course, formally erasing tweets is not enough to battle either one of these directions of radicalization, and as violence in the Middle East continues to flare and spread, countries governed by the rule of law find themselves increasingly challenged to walk a line between protecting basic civil rights and fighting the virus of extremism.

"I think globalization is making it difficult for countries like Germany, because the standards of Western democracy are not universal and because content on platforms such as Twitter know no limits," Müller told DW.

"Due to rapid changes in the media landscape, this is a task with which all democracies are confronted," Spitz said. "I really hope that a public discussion takes place and that a solution is found because these are questions all democracies are faced with: what works, what doesn't; what is protected under freedom of opinion and what isn't; regarding democratic debate, what is tolerable and what isn't."

The case of a young German man charged with joining a terror group in Syria has opened in a Munich courtroom under heighted security. Europe is on alert for homegrown fighters returning from conflict regions. (20.01.2015)