The US has designated German citizen Denis Cuspert, who rapped under the alias Deso Dogg, as a global terrorist helping the self-styled "Islamic State." Cuspert went to Syria last year and has appeared in IS videos. 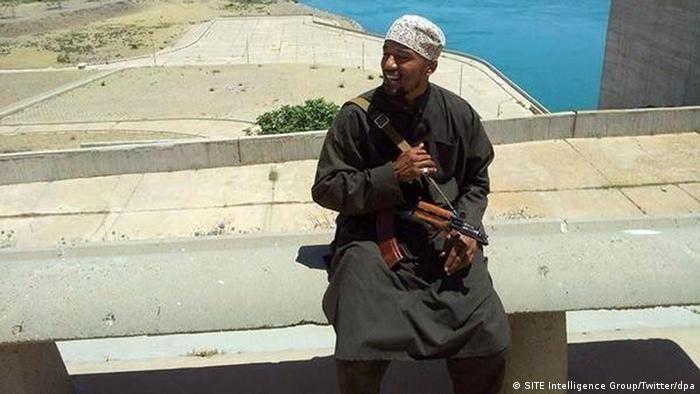 The US State Department on Monday declared Denis Cuspert to be a foreign fighter and operative recruiting Germans for the "Islamic State" (IS) militant group. The move, an unusual one to take against European citizens like Cuspert, who now calls himself Abu Talha al-Almani, coincided with Chancellor Angela Merkel's visit to Washington.

The State Department said that Cuspert's most recent appearance was in a video released in early November by IS.

"He appears holding a severed head he claims belongs to a man executed for opposing 'Islamic State'," the State Department said. Cuspert says during the video that the dead, three people in total, were opponents of the "Islamic State." "That's why they received the death penalty," he says. 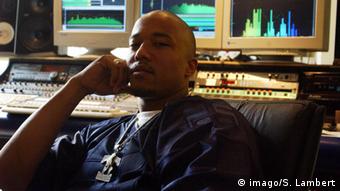 Cuspert is already wanted in Germany on terror charges, while the UN's al Qaeda Sanctions Committee lists him as a danger. Monday's US designation freezes any assets held by Cuspert and bans him from travel.

"Cuspert has been a willing pitchman for 'Islamic State' atrocities," the State Department's statement said, calling the rapper "emblematic" of the type of foreign recruit IS seeks for its ranks: "individuals who have engaged in criminal activity in their home countries who then travel to Iraq and Syria to commit far worse crimes against the people of those countries."

According to the Berlin branch of Germany's internal domestic intelligence agency, the Verfassungsschutz, Cuspert is believed to be alive and working closely with IS.

The US had sought to use the prominent figure in its online battle with IS propagandists. A counter-propaganda video issued in the past appeared to put his wellbeing into question: in the video, Deso Dogg can be seen laughing and glorifying jihad as "fun," inviting Muslims to join the war against the Syrian regime. The video ended with a group of fighters standing around Cuspert's purported corpse.

When the November video depicting Cuspert surfaced, German authorities said this suggested that he was still alive.

The 39-year-old, who grew up in Berlin's Kreuzberg district, began his career as a rapper in 2002. In 2007, he declared himself a committed Muslim, and was linked to Berlin's Al-Nur Mosque by 2010. He moved to Egypt in mid-2012, and German authorities believe he joined the Syrian civil war last April.

Intelligence officials consider that Cuspert's place in Germany's alternative culture gives him "considerable capacity for reaching radicalized persons in Germany." His main mission appears to be to mobilize radical Salafists in Germany to join the "Islamic State," through German-language propaganda videos.

Damascus does not need outside help in its fight against "Islamic State" jihadists, Foreign Minister Walid al-Moallem said Monday. He also criticized Jordan, which recently boosted its airstrikes within Syria. (09.02.2015)

A German rapper-turned-jihadist has been identified in a video made by the "Islamic State." Denis Cuspert seems to be the spokesman for a campaign to recruit German Salafists and IS sympathizers. (05.11.2014)