A German rapper-turned-jihadist has been identified in a video made by the "Islamic State." Denis Cuspert seems to be the spokesman for a campaign to recruit German Salafists and IS sympathizers. 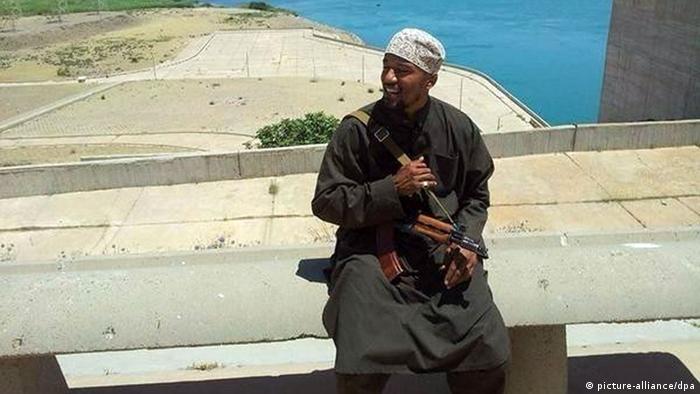 German rapper Denis Cuspert, also known by the stage name "Deso Dogg," has been identified as one of the jihadists in a video made by the terror group "Islamic State" (IS). It is not clear if Cuspert committed the killings shown in the video, but he is seen holding a severed head and explaining in German that the victims had fought against IS and "that's why they received the death penalty."

The 39-year-old Cuspert grew up in the Kreuzberg neighborhood of Berlin, the son of a German mother and Ghanaian father. In 2002, he began his rap career, with lyrics frequently touching on themes of discrimination. The German news magazine Spiegel reported that, after spending time in prison for various offenses, Cuspert converted to Islam and joined the Salafist movement by 2010 at the latest. 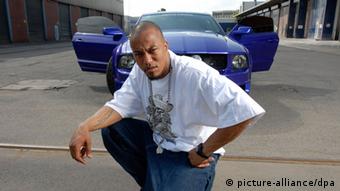 Cuspert, who now calls himself Abu Talha al-Amani, was reported to have personally sworn an oath of loyalty to IS chief Abu Bakr al-Baghdadi in April. His key role now appears to be mobilizing Salafists in German-speaking countries to join IS.

Although the video was taken by IS militants over the summer, it was published by activists in Syria's Dair as-Saur province who report on war crimes throughout the nation. The authenticity of the film has yet to be confirmed, but it does seem to contradict earlier reports that Cuspert had been killed in Syria. 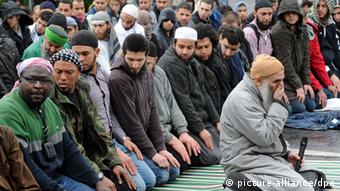 Indeed, Germany's domestic security agency, the Federal Office for the Protection of the Constitution (BfV), stated that not only is Cuspert still alive, he seems to be part of IS's inner circle.

Another man in the video explains in Arabic that the victims, one who died by gunshot and the other by beheading, were members of Syria's al-Sheitaat tribe, a group of about 70,000 Sunnis who have been fighting IS since July.

Some 700 members of the tribe were massacred by the IS in August.

With the number of Islamists on the rise in Germany, the president of the country's Federal Criminal Police Office (BKA) has warned that "lone perpetrators" or "small groups" pose the greatest domestic threat. (01.11.2014)