From Berlin to Cologne, protesters have gathered to demand more from the government in the fight against climate change. Greenpeace said Germany must lead, and that means phasing out coal by 2030. 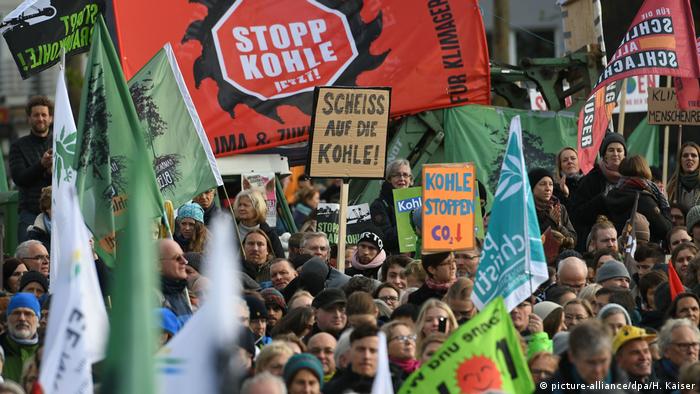 Thousands of protesters gathered on Saturday in Berlin and Cologne to demand bolder measures to combat climate change. Some 36,000 people joined the rallies.

Organizers said the protest aimed to pressure the government into ending Germany's reliance on coal for its energy needs and instead looking to renewable energies, such as solar energy and wind power.

"The point is that Germany must phase out coal by 2030," Jennifer Morgan, who leads Greenpeace International, told the Agence France-Presse news agency.

"What happens in high-tech Germany, how quickly the climate-damaging combustion of coal is replaced by solar energy and wind power, is very important, also for other countries."

Read more: Climate change: 2018 set to be one of hottest ever years

In Berlin, protesters focused on changing government policy, while the demonstrations in Cologne highlighted the plight of Hambach Forest. The ancient forest has been a site of contention between anti-coal protesters and German energy giant RWE, which wants to clear the area to expand an open coal mine.

Environmental activists argue that Germany should be winding down coal consumption, not expanding it. Germany was set to release a report on phasing out coal but later postponed the release until 2019. 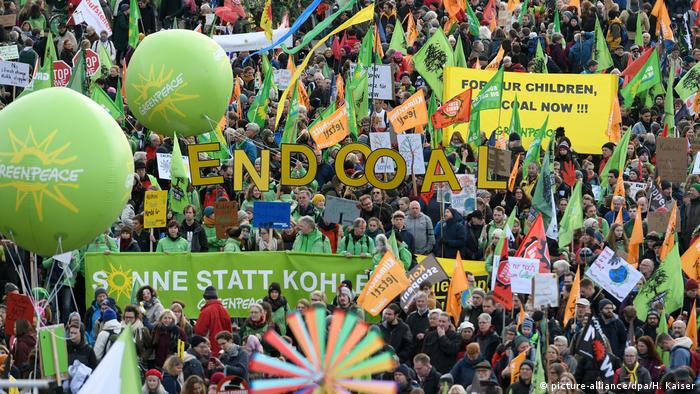 The protests come days ahead of the UN climate change conference in Katowice, Poland.