Amidst a sharp increase in swine flu cases, German authorities are ordering vaccines but have no plans to take more drastic measures. 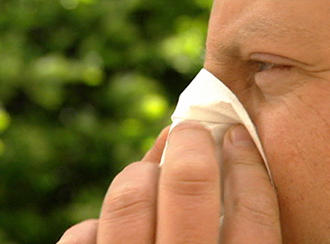 A sneeze can spread the H1N1 virus

Since July 20, the number of registered cases of swine flu in Germany has nearly doubled and now stands at 2,844, German health officials said on Friday.

Within the past 48 hours alone, nearly 1,000 cases were confirmed. Joerg Hacker, president of the Robert Koch Institute said in an interview on Friday that he believes the virus will continue to spread at this rate for a while. 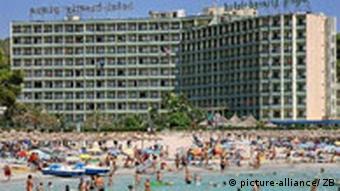 The reason is simple: according to the institute, 80 percent of the cases were imported by vacationers returning from countries like Spain and Great Britain, where 31 people have already died from the virus. Still, health authorities say they will not be issuing travel warnings, nor will they put a ban on large scale events. Minister of Health Ulla Schmidt says there is no reason to panic. Sports fans shouldn't feel they have to stay at home.

"My home team Alemannia Aachen is playing next week, and if I had time, I wouldn't hesitate to go," she told the mass-circulation Bildzeitung daily paper.

However, Hacker disagrees and says people should try to avoid group events if possible. Health officials have not ruled out temporarily shutting down public facilities, such as kindergardens or schools, should the need arise.

Vaccines on the way

The World Health Organisation says that 130,000 cases of H1N1 infections have been registered thus far. The WHO estimates that up to two billion people could be affected within the next two years.

Germany is preparing for the pandemic. The federal states have placed a joint order for 50 million doses of swine flu vaccine, enough to protect 30 percent of the population, or 25 million people, since everyone has to be vaccinated twice. First on the list to be vaccinated are people in especially high risk groups like asthmatics, the chronically ill and people who work in the health industry. 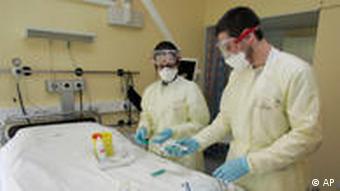 Hospitals are preparing for an increase in cases

The estimated total cost for this batch of vaccine is put at 700 million euros ($992 million), which will eventually be paid by the individual health insurance agencies. Buying enough doses to cover the entire population of Germany would cost 2 billion euros.

Preparing for the pandemic

However, a large percentage of the population may already have been infected by the time the vaccination program is ready in the fall, says virologist Alexander Kekule.

"Germany ordered the vaccines late - other countries were ahead of the game," he told German radio broadcaster NDR on Friday.

He warned that while most cases had been relatively mild up to now, the increase in infections could bring with it a death toll.

Other groups, such as large companies, are starting to make plans for the pandemic as well. Peter Hoebel, an expert in crisis management, told the German news agency dpa that corporations working globally could be at a decided disadvantage, but that their level of preparedness depended on their level of risk awareness.

German pharmaceutical and cosmetic companies say they are stocking up on their own batch of vaccines, to be made available to employees and their families, and are equipping their employees with protective clothing. 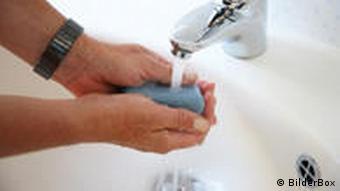 Multinational Deutsche Telekom has set up a hygiene box in the company's canteen, where employees can wash their hands with disinfectant before eating. Employees have been asked to cut down on their work trips, and to use teleconferencing when possible.

Workers at the state bank WestLB have been asked to refrain from shaking hands when greeting one another.

However, crisis management expert Hoebel said that while it is important for personnel to be kept informed and realize the need to respond, it is essential that companies should be able to bring in a "reserve" staff on short notice. This kind of "pandemic plan" is most important for energy and telecommunication companies who provide critical infrastructure, he said.

Swine flu is spreading unexpectedly fast in Germany, doubling in less than a week, according to the country's infectious disease center. Most new cases have resulted from people returning from vacation. (23.07.2009)

22.5 million people can be vaccinated in the first stage of a massive anti-swine flu scheme that starts in September. Health and public workers, as well as chronically ill people will get the flu shots first. (17.07.2009)