The number of confirmed cases of swine flu continues to rise in Germany with 389 new cases reported in the last 24 hours. Authorities are calling for calm, saying there is a simple explanation for the recent upsurge. 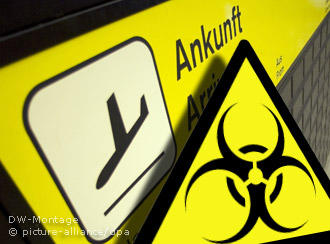 Authorities suspect returning vacationers are responsible for the recent surge

Joerg Hacker, president of the Robert Koch Institute, confirmed the number when he appeared on the national news program ZDF-Morgenmagazin on Friday. 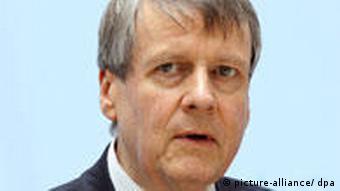 Joerg Hacker, president of the Robert Koch Institute, says there is no need to panic

Hacker said that they are watching it carefully and there was no need to panic, adding that it was a little strange that the virus is showing such virility during the summer months, blaming the phenomenon on vacationers returning from foreign countries.

This figure may sound high, but it is actually far less than the 637 cases confirmed in the previous 24 hour period.

Hacker stressed that more cases are expected and that some of them could result in serious illness, as has been the case in Great Britain.

It was announced Friday that the German states have together ordered 50 million doses of swine flu vaccine, which would be enough to protect 30 percent of the population, or 25 million people, since everyone has to be vaccinated twice. 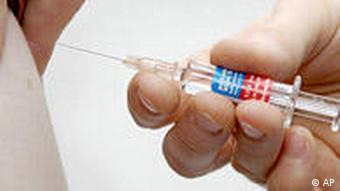 50 million doses of vaccine have been ordered, which is enough for one third of the population

According to the German news agency dpa, Juergen Banzer, health minister of the state of Hessen confirmed that the vaccine is currently being developed, and won't be ready until the end of September. First on the list to be vaccinated are people in especially high risk groups like asthmatics, the chronically ill and people who work in the health industry.

The total cost for this batch of vaccine is expected to be 700 million euros ($992 million), which will eventually be paid by the individual health insurance agencies. Buying enough doses to cover the entire population of Germany would cost 2 billion euros.

Numbers up across Europe

A European health agency has reported 1,671 new cases of swine flu within one 24-hour period across Europe this week, a sharper rise than had been recorded in recent days. 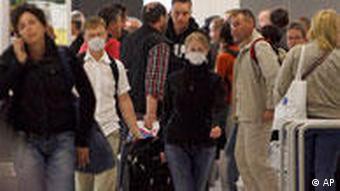 1,671 new cases of swine flu were reported within 24 hours across Europe this week

The rise, reported Thursday by the European Centre for Disease Prevention and Control (ECDC), was monitored in the 24-hour period leading up to 5 pm (1500 GMT) Thursday. The group had only monitored 552 new cases in the prior 24-hour period, and 212 in the one before that.

The ECDC focuses on the 31 countries that make up the European Union and the European Free Trade Association (EFTA). As of Thursday, it had recorded 19,404 total cases in 30 of those countries, with 35 deaths.

Swine flu is spreading unexpectedly fast in Germany, doubling in less than a week, according to the country's infectious disease center. Most new cases have resulted from people returning from vacation. (23.07.2009)

The World Health Organization and developing nations have called for measures to ensure poorer countries have access to a future A(H1N1) vaccine. (04.07.2009)

A patient infected with "swine flu" A(H1N1) virus has died in Britain, according to health officials in Glasgow. The patient was one of ten people who were being treated at Scottish hospitals. (15.06.2009)