Germany's government plans to create a center to fight "disinformation" online ahead of next year's elections, a media report has said. The move comes amid reports that fake news influenced the US election. 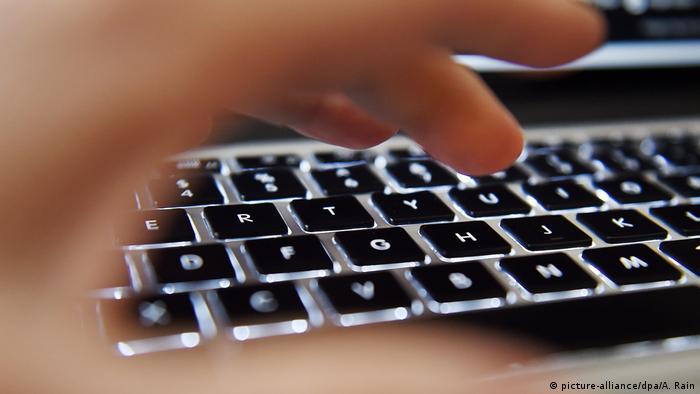 Facebook's plan to debunk hoax stories with the help of fact checking websites is an approach a German project has been taking since February. DW talked to its founder about the allure of online rumors. (19.12.2016)

EU parliament leader Martin Schulz has called for hard, Europe-wide laws to stem the spread of harmful fake news stories. The German government is already looking to draft its own law. (18.12.2016)

In light of the rise of fake news on social media, the German Interior Ministry has proposed the creation of a "Center of Defense Against Disinformation," according to a report on Friday from the German news magazine "Der Spiegel."

Looking ahead to Germany's parliamentary elections next year, the creation of the center "should be negotiated very quickly," the magazine said, quoting a note from an Interior Ministry staff member.

The Federal Press Office in the Chancellery is slated to take the lead in creating the defense center "since the focus is on public relations," the staff member wrote in the note. The press office, headed by German Chancellor Angela Merkel's spokesman, Steffen Seibert, has over 500 employees.

The note named specific groups that are particularly susceptible or vulnerable to fake news, including "Russian-Germans" and people with Turkish origins, the magazine reported.

The ministry recommended that "an intensification of political education work" should be carried out with those specific groups.

The Interior Ministry also urged Germany's political parties to agree not to use of social bots and fake news during campaigning. It also wants the parties to establish ground rules for election campaigns before the next state parliament elections - the first of which is set to take place in the state of Saarland at the end of March.

Google and Facebook recently came under fire after fake news articles were widely circulated using their sites in the run-up to the US presidential election.

Stories that appeared to be news but were actually made-up partisan propaganda were shared in huge numbers on social media before the US elections. The majority of those articles worked against Democratic candidate Hillary Clinton who lost to Republican Donald Trump.

"The acceptance of a post-truth age would be equivalent to political capitulation," the Interior Ministry official said.