The SPD's Thomas Oppermann has called for fines against social media platforms if fake reports are not quickly deleted. A new law to control fake news and hate messages is under consideration. 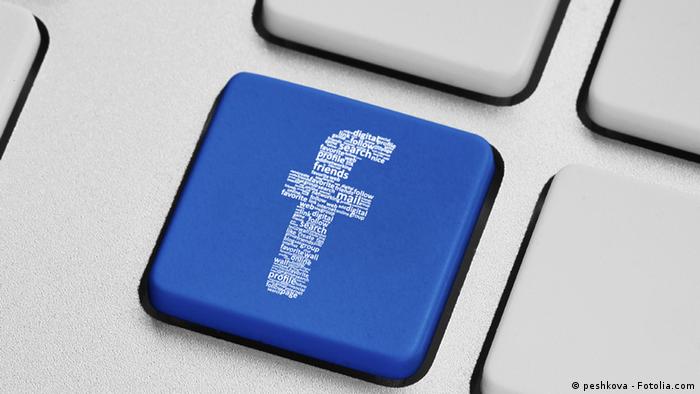 Social Democratic Party (SPD) parliamentary chairman Thomas Oppermann singled out Facebook for particular criticism over the spread of fake news and hate messages. He called for tougher measures against the social media site.

"Facebook did not avail itself of the opportunity to regulate the issue of complaint management itself," Oppermann told "Der Spiegel" magazine in an interview published on Friday. "Now market dominating platforms like Facebook will be legally required to build a legal protection office in Germany that is available 24 hours a day, 365 days a year."

This would allow victims of fake news and hate messages to contact the platform, prove that they have been targeted and asking for action to be taken.

"If, after appropriate examination, Facebook does not delete the offending message within 24 hours, it should expect individual fines of up to 500,000 euros ($523,320)," Oppermann told the weekly magazine. Furthermore, at the request of the people concerned, there should be some form of remedy or correction within the same range of value.

"There has been only talk for too long. Now we in the coalition will take action at the beginning of next year," Volker Kauder, a senior member of Chancellor Angela Merkel's Christian Democrats (CDU), said in a statement on Friday.

Kauder said the legislation would require social media companies to set up offices that would respond to complaints from people affected by hateful messages within 24 hours. "We plan to impose high penalties that would affect companies like Facebook if they do not meet their responsibilities," Kauder said.

Justice Minister Heiko Maas told the daily "Süddeutsche Zeitung" the government would set "legal consequences" if removal rates of hate messages and false news did not increase. "We expect clear improvements in Facebook's removal practice. The standard must be German law," he told the newspaper.

Patrick Sensburg, a member of the CDU said in an interview with DW on Tuesday that the government needs to consider "ratcheting up the statutory offenses" against fake news producers and "take action against the people who run these websites."

CDU media spokesman Marco Wanderwitz had previously said social media sites should be made more responsible for fake news. He said the need for action had become "obvious" in recent months and that in any event, the platforms would have to delete false news faster than they have done to date.

The ruling coalition wants to have a law on the statute books for the control of both fake news and hate messages ahead of the 2017 elections. There are plans within parliament to start the debate immediately after the Christmas break.

German and US intelligence agencies have warned that Russia was seeking to influence elections and sway public opinion in both countries.

For its part, the BDZV federal association of newspaper publishers rejected an expansion of press laws to include social networks, arguing that Facebook and similar social media sites were technology-driven platforms, not media.

"They should be viewed and regulated like telecom companies which are not responsible for what people are saying into the handset," a BDZV spokeswoman said.

Dortmund media law professor Tobias Gostomzyk supported the idea of independent bodies acting as fact checkers. They could play a corrective role by presenting truthful content and publishing their results in an accessible form, he argued and suggested that taking advantage of the changes in digital communication would be a more effective measure against false news and hate messages than the use of criminal law.

Facebook has announced it intends to implement new tools to stem fake news.

German lawmakers have called for legal action against the production and distribution of fake news. But digital rights groups warned of the harrowing effects it could have online, including censorship. (14.12.2016)