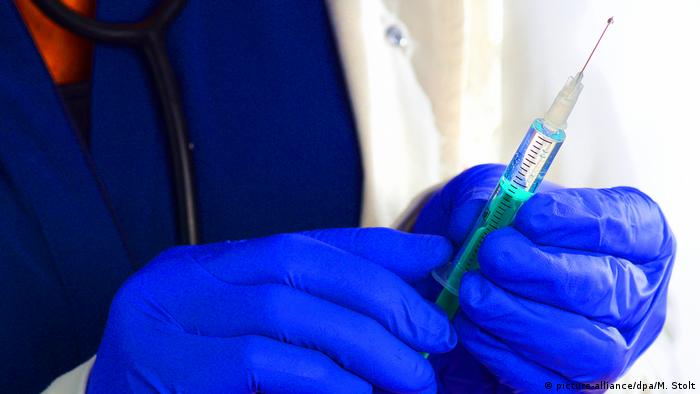 Germany is set to forge a new alliance with three European Union countries to secure access to coronavirus vaccines, once they are developed, German newspaper Handelsblatt reported Thursday.

Health Minister Jens Spahn wrote to the European Commission along with his counterparts from France, Italy and the Netherlands to announce that they have joined to "achieve the fastest and best possible outcome in negotiations with key players in the pharmaceutical industry."

The four EU countries have identified the development of a vaccine as "one of the most urgent issues that the European Union has to address at present."

Germany is eager to ensure the EU will have vaccine access over fears that China or the United States may attempt to control purchases of any potential vaccines.

The US has already secured almost a third of the first 1 billion doses planned for pharmaceutical company AstraZeneca experimental vaccine by pledging $1.2 billion (€1.07 billion). AstraZeneca is one of several companies that Germany is now in talks with, according to Handelsblatt.

The four EU countries may be in talks with other non-EU members on working together for vaccine procurement, including Singapore, the UK and Japan.

The EU is also preparing to use a €2.4 billion ($2.7 billion) fund to make advance purchases of vaccines, Reuters news agency reported. The use of the emergency fund is yet to be officially announced.

UK Prime Minister Boris Johnson planned to host a summit on vaccine development with international leaders later on Thursday. He is expected to attempt to raise at least $7.4 billion primarily to help the world's poorest nations in vaccine procurement.

Ahead of the summit, the European Union announced they will pledge €300 million to Gavi.

One of the key aims is to provide vaccines for at least 300 million children at a vastly reduced cost.

Around 50 world leaders are expected to attend the virtual summit, as well as individual philanthropists like Microsoft founder and billionaire Bill Gates. Russia’s President Vladimir Putin declined an invitation to attend, although Russia has the third-highest number of cases in the world.

The pharmaceutical industry has often been castigated, especially in the US, for being profit-driven. Now, many are saying the coronavirus crisis offers a perfect opportunity to the industry to boost its image. (01.06.2020)

A possible vaccine against the strain of coronavirus causing the COVID-19 pandemic has seen early signs of success in China. However, we are "still a long way from a vaccine for all," a Beijing scientist warned. (22.05.2020)

The European Commission has proposed spending billions to help the EU reduce its dependency on foreign medical supplies. It said nations need to address "vulnerabilities" that came up during the coronavirus pandemic. (27.05.2020)

Greece and Turkey hold first crisis talks since 2016 0m ago

EU demands answers from AstraZeneca over vaccine delays 3h ago