Germany: Man arrested for spying on mosque for Jordan

The German national is accused of sharing information on people planning to travel to Syria to join the "Islamic State." German authorities shuttered the mosque in Hildesheim last year, saying it attracted extremists. 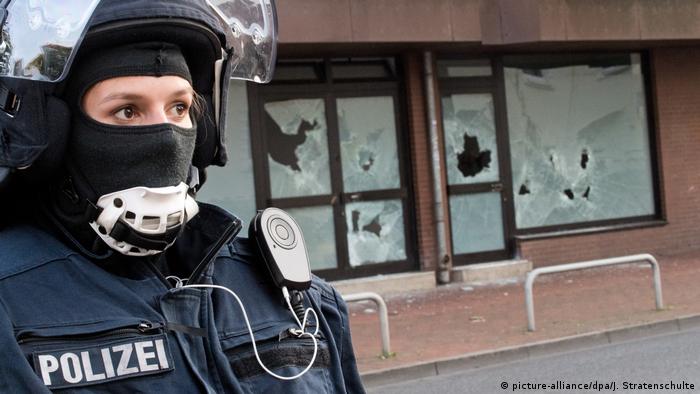 German prosecutors on Wednesday ordered the arrest of a 33-year-old man for allegedly spying on a mosque for Jordan.

The German national, identified only as Alexander B. in accordance with the country's privacy rules, was detained on Tuesday. The prosecutors did not specify where he was detained.

The suspect worked in 2016 for a Jordanian intelligence agency, the prosecutors said in a statement. He is accused of spying on a mosque in the central German city of Hildesheim.

Alexander B. is said to have passed on information about people planning to travel to Syria to join the "Islamic State" or those who had already traveled there.

The Hildesheim mosque was shuttered by authorities last year on suspicions that it was attracting extremists. They also banned the organization, known as the German-speaking Islamic Circle in Hildesheim e.V. (DIK), that ran the mosque.

Anis Amri, perpetrator of the deadly Berlin Christmas market attack, had been a member of Salafist circles in the city.

Snooping, Spying and Eavesdropping - The NSA Scandal and its Consequences