Germany lifts restrictions for descendants of Nazi victims to get citizenship | Germany | News and in-depth reporting from Berlin and beyond | DW | 25.06.2021

Germany lifts restrictions for descendants of Nazi victims to get citizenship

The German parliament, the Bundestag, has voted to eliminate restrictions that denied citizenship to some descendants of German Jews and others persecuted by the Nazis. British-based campaigners are relieved. 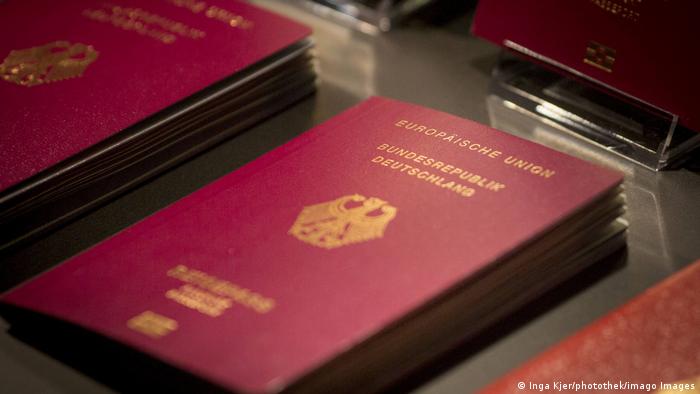 Early Friday morning the German federal parliament passed a bill with support from all parties except the far-right Alternative for Germany. It grants German citizenship to descendants of Jews, Roma and Sinti, and political opponents whom the Nazis had stripped of citizenship or prevented from acquiring it.

Article 116 of Germany's post-war constitution, or Basic Law, states: "Former German citizens who, between 30 January 1933 and 8 May 1945, were deprived of their citizenship on political, racial or religious grounds and their descendants shall, on application, have their citizenship restored."

But for over six decades obstacles kept many descendants of German-born ancestors from claiming that right.

The new bill that was brought into parliament in March and has now been passed, makes it possible for a large number of descendants of Nazi victims to obtain German citizenship. This affects descendants of those who were stripped of their citizenship or lost it when they took on the nationality of their new home, or who were denied citizenship arbitrarily by the Nazis. It removes deadlines and abolishes previous restrictions. Under the new rules, German citizenship is now also available to descendants of German mothers and to children born out of wedlock.

British lawyer Felix Couchman was one of the people who had been lobbying for years for a change in legislation.

"It is a milestone that the law has passed. It has taken a long time for people to get where we are today" he told DW on Friday after the bill had passed.

Couchman first learned about the restrictions denying the descendants of German Jews citizenship after his brothers looked into applying in 2018. Their mother had been sent to Cornwall from Wiesbaden when she was 8 in 1939 on a"Kindertransport" — a program that brought Jewish children from Germany to stay with sponsors in the UK — after her grandfather was attacked in the pogrom in November 1938 (euphemistically termed the night of broken glass, or "Kristallnacht") and suffered injuries he eventually died of. 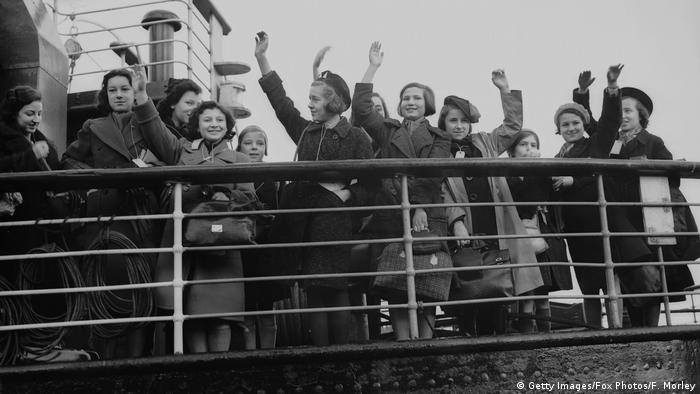 Couchman qualified for German citizenship even with the previous restrictions but vowed not to apply until they were lifted as a matter of principle. He and his wife Isabelle created their lobbying organization, the "Article 116 Exclusions Group," to push for the change. He says he has been motivated by his desire to honor his mother who died in 2001 and her sense of justice by restoring to people who had lost everything "their right to be called German."

In the wake of Brexit, their initiative quickly grew as Britons faced the reality of being cut off from the EU.

"There are those who just want to have a passport. I wouldn't argue otherwise. But for a significant number, the importance is not a piece of paper, not a passport, but a recognition that a wrong was done to them and their family members and forebears and that is now finally being acknowledged and being corrected," Couchman said.

Descendants of German Jews struggle to get citizenship (DW TV 2020)

One of the lives the campaign affected was that of 31-year old Londoner Danny Harries.

Harries' grandfather had grown up near what is today's German parliament in a neighborhood later destroyed by Hitler for a never-completed vision of Berlin. His grandfather was sent to Britain on a Kindertransport in 1939.

Some seventy years later Harries traveled to Berlin and worked near where his grandfather once lived. "I felt a connection to the place. A home I had never been to," he said. "The whole experience was reconnecting to that German side of me. My grandfather actually passed away whilst I was there."

When Harries returned to London he and his sister began to work on their German citizenship applications. But they learned that because their parents never married they didn't qualify. That was when they turned to the group.

"I think it's wonderful news. I truly believe that justice has been done for my family and the other members of the group. I think my grandfather, who suffered so much, would be proud of what's been achieved today,” Harries told DW after the vote. "It's a real sign of reconciliation. And an example of what Germany can be going forward, open, progressive with a greater understanding of its past than many comparable countries. It's a historic moment of reconciliation."

Over years the Couchmans and other members worked to organize descendants and raise awareness about the rejection of citizenship applications. They reached out to German diplomats and politicians and experienced their first major success in 2019, when the German interior ministry removed many requirements by issuing the first of two decrees facilitating the regaining of German citizenship.

Those decrees and a decision by Germany's highest court allowed Harries to qualify, but activists worried the reforms would be too easily undone unless they were put in legislation. This has been rectified with the new bill.

One of the individuals who has now become eligible for German citizenship is Robert Swieca of Sydney, Australia. Swieca's mother was born in Berlin in 1921 but she did not become a German citizen at birth because of Germany's lack of birthright citizenship. She would have been able to become a naturalized German citizen but she and her family fled to France in 1933 as the situation for Jews worsened in Germany and then emigrated to Australia after the war.

Swieca himself went to the German consulate and was told he didn't qualify for German citizenship. This has now changed.

"I am very happy," he said upon hearing the news of the legislative changes. "You can't change history but you can try and make amends.”

His mother celebrated her 100th birthday in May. He says she doesn't intend to apply but he will.

"History has twists and turns. This is a way of straightening out one of them."

"This is not just about putting things right, it is about apologizing in profound shame," German Interior Minister Horst Seehofer had said about the bill back in May. "It is a huge fortune for our country if people want to become German, despite the fact that we took everything from their ancestors."

Children who fled Nazis to get compensation from Germany

Thousands of children were placed on trains to escape Nazi Germany by relatives they never saw again. In recognition of the emotional trauma, the German government has agreed to compensate them.

A Jewish man whose parents put him on a Kindertransport to London to save him from the Nazis recreated his journey on a bike after nearly 80 years. In his 80s, Paul Alexander cycled from Berlin with his son and grandson.