After fresh warnings of a possible Russian military campaign against Ukraine, nations are urging their citizens to get out of the country. Ukrainian President Volodymyr Zelenskyy has asked allies not to stoke panic. 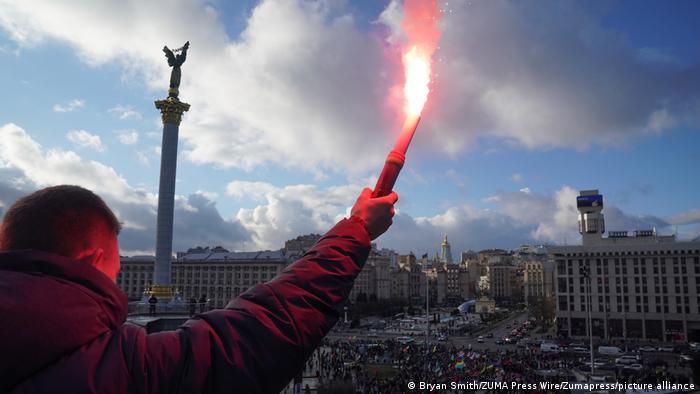 On Saturday, Ukrainians marched through the street of Kyiv in solidarity against Russian aggression

Several countries have urged citizens to leave Ukraine and announced drastic reductions in embassy staff in Kyiv ahead of a possible invasion by Russia.

On Friday, US national security adviser Jake Sullivan said an invasion could start any day and officials urged citizens of the United States.

Ukrainian President Volodymyr Zelenskyy has reacted cautiously to warnings of an imminent attack on his country, calling for hard evidence of invasion plans. "All this information is only provoking panic and not helping us," Zelenskyy told journalists on Saturday, asking allies and the press not to stoke panic. 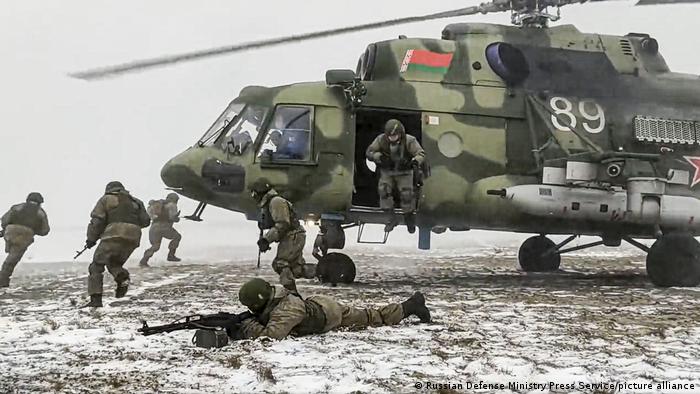 A German Foreign Ministry statement published on Saturday implored nationals in Ukraine to leave unless they have pressing grounds for staying.

"Tensions between Russia and Ukraine have again shot up in the last few days due to the massive movements of Russian military units near the Ukrainian border," the statement read. "If you are currently in Ukraine, make sure that your presence is absolutely necessary. If it is not, leave the country shortly."

The German consulate in the city of Dnipro, in eastern Ukraine, has been temporarily relocated to Lviv, a town in the country's west, about 70 kilometers (40 miles) from the border with Poland. On Saturday, Foreign Minister Annalena Baerbock said Germany would cut the number of diplomats in Ukraine but the embassy in Kyiv will remain open. 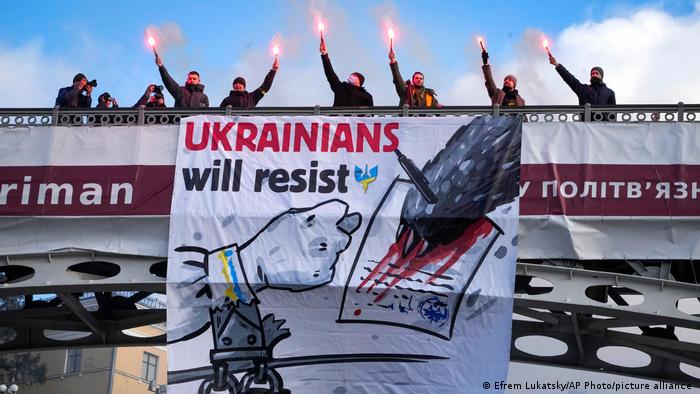 As international allies pull out of the country, Ukrainians have vowed to resist an invasion

Germany and Ukraine have grown closer in recent years. Since 2014, almost €2 billion ($2.3 billion) in German funds have been invested in Ukraine for civic, cultural and social projects.

The Foreign Ministry estimates that several hundred German nationals are currently residing in Ukraine, judging by entries in its emergency list. As registration is voluntary, the actual number of Germans in the country is likely higher.

The number of staff members of the German development agency, GIZ, and German development bank, KfW, based in Ukraine is in the "medium double digits," a spokesperson for the Economic Cooperation and Development Ministry told DW. GIZ and KfW staff numbers will be scaled back as well, Baerbock said. 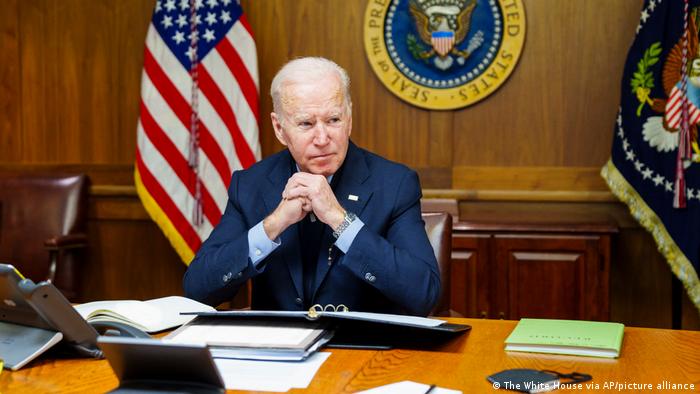 Joe Biden told citizens to leave Friday, though the US will maintain a consular presence

UK officials have also urged citizens to get out of Ukraine as soon as possible. "British nationals should leave Ukraine immediately by any means possible, and they should not expect, as they saw in the summer with Afghanistan, that there would be any possibility of a military evacuation," Junior Defence Minister James Heappey told private broadcaster Sky News on Saturday.

British troops stationed in Ukraine to train security forces will be withdrawn this weekend. Nevertheless, the United Kingdom will maintain a diplomatic presence in the country, with the Kyiv embassy remaining operational.

The Netherlands, Norway, Denmark and Latvia announced on Friday that their citizens should leave Ukraine. Bulgaria, Italy and Spain, as well as New Zealand and Australia, have also urged citizens to leave immediately. France has recommended that citizens avoid trips to Ukraine.

Poland has urged citizens not to cross the border and advised nationals currently in Ukraine to register via the Foreign Ministry's website and prepare themselves for possible departure.