Germany and Italy have reportedly demanded an EU mission along Libya’s southern desert border to stop migrants trying to reach Europe. Both countries said current efforts to stop human smuggling are not working. 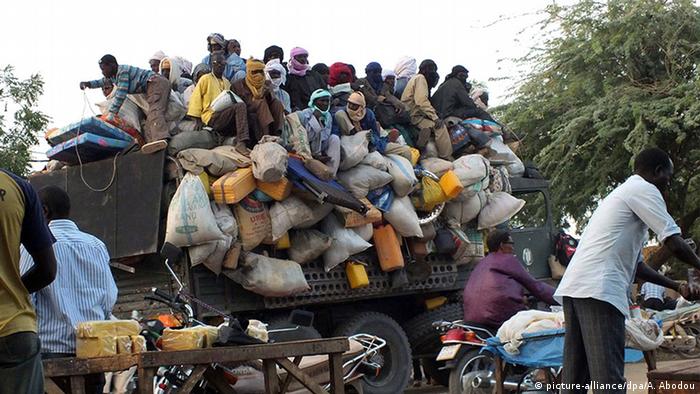 Migrants sit on a truck that will take them from Niger across the Sahel desert to Libya as part of their journey to Europe.

"The first months of this year have shown that our efforts up to this point have been insufficient. We must prevent hundreds of thousands of people who are in the hands of smugglers from risking their lives in Libya and the Mediterranean," the ministers wrote in a letter to the EU's executive.

More than 43,000 migrants, mostly from sub-Saharan Africa, have used Libya as a springboard to reach Europe up to the middle of April of this year, according to the UN. More than 1,150 people have died at sea.  The pace of migrant crossings is expected to pick up as the weather improves. 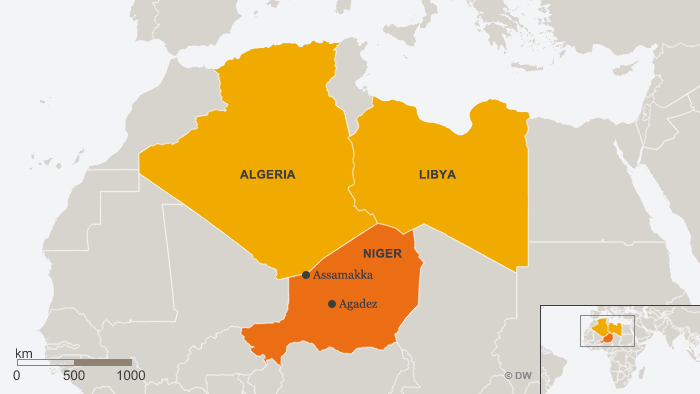 Most migrants are picked up at sea by the Italian navy, joint EU navy mission Sophia and private charity organizations before being brought to centers in Italy.

However, the burden of dealing with a new migrant crisis cannot be the sole responsibility of a few countries like Italy, the ministers said.

Inside Europe: On patrol in the Mediterranean

Inside Europe: On patrol in the Mediterranean

"The goal is as quickly as possible to build up an EU mission on the border between Libya and Niger," they said. That way, migrants using the route could be stopped before reaching war-torn Libya.

EU member states have sought to boost support to the internationally recognized government based in Tripoli, but it has weak or no control over large parts of the country. A rival government is set up in the country's east. Militias and armed Islamist groups, some involved in the human trafficking trade, are rife.

EU officials say they doubt whether Libya has a workable plan to prevent migrants leaving its Mediterranean coast for Europe's shores. Tripoli has requested the EU provide new equipment and boats for its coast guard. (27.04.2017)

The opposing leaders held rare talks earlier this week in the United Arab Emirates. Any potential deal can still be opposed by armed factions on the ground across the North African country. (04.05.2017)