Germany is set to significantly raise its defense spending, according to a news report. It would be the biggest increase since the end of the Cold War. 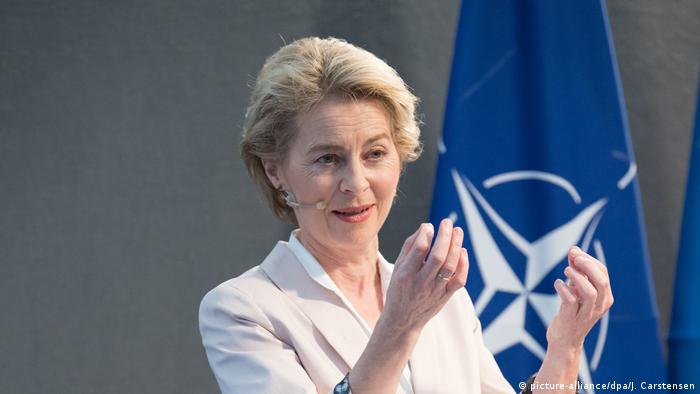 Germany is ready to raise its share of NATO's budget by €5 billion ($5.6 billion) to €47.3 billion this year, German news agency dpa reported Friday.

The increase would amount to 1.35% of gross domestic product (GDP) — still a long way off the 2% target NATO members have set themselves. However, the increase would be the biggest for Germany since the end of the Cold War in 1991.

If confirmed, the move could be seen as a concession to US President Donald Trump, who has been pushing European allies to raise defense spending, and their share of spending on NATO in particular.

At a summit in Wales, UK, in 2014, NATO members agreed to gradually raise defense budgets to 2% of GDP within a decade. Trump has repeatedly singled out Germany, criticizing what the US perceives as insufficient defense spending, while Berlin has pointed out that all members have until 2024 to attempt to reach the target.

At last year's NATO summit, Trump even threatened to leave the alliance if members did not reach the 2% target soon.

NATO at 70: Bringing its values to the table?

Are talks between NATO and certain Middle East and Gulf states a human rights-free zone? Has it stood up for Europe as Trump claims that members owe the US money? DW asks NATO Deputy Secretary General Rose Gottemoeller. (17.04.2019)