Germans are pinning high hopes on the Joe Biden presidency. But how realistic is all the talk of a new beginning for the trans-Atlantic partnership? 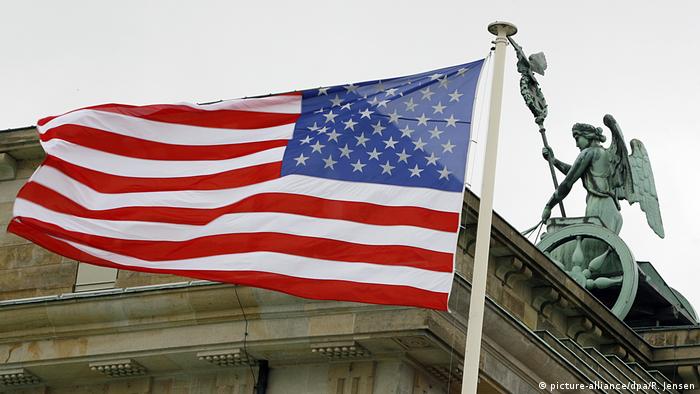 The US flag waves in front of Berlin's Brandenburg Gate

When it comes to the administration of Joe Biden, there is widely shared optimism in the German capital, Berlin. There is a palpable sense of yearning that the fabled trans-Atlantic bridge will once again bring the European Union and US closer together and rekindle the spirit of cooperation.

But there are also those who warn that, though the United States often presents itself as a land of unlimited possibilities, the same does not necessarily apply to US-German relations.

Peter Beyer, the German government's trans-Atlantic coordinator, said: "The problems are not going to go away automatically. But there is a real opportunity to engage with each other constructively and respectfully in a dialogue built on seeking shared solutions." 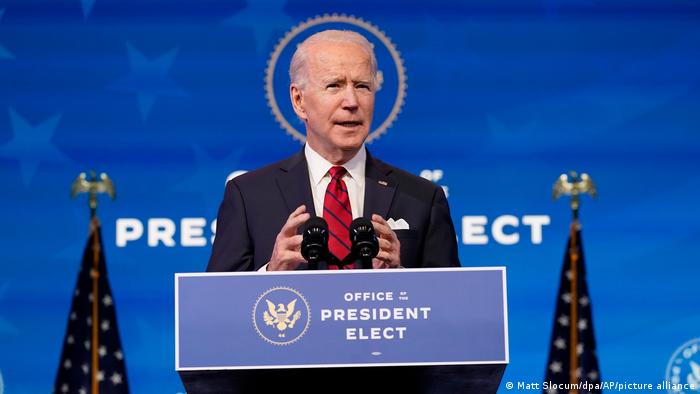 That assessment is not shared by Thomas Kleine-Brockhoff, vice president of the German Marshall Fund (GMF), a nonpartisan US think tank that promotes trans-Atlantic cooperation. "A nationalist," he said, "has been replaced by an internationalist." But, he said, that doesn't mean that one can simply turn back the clock. "Just announcing 'we're back' isn't going to repair the credibility gap that's opened up," he said.

There is certainly plenty of work to be done to repair the old trans-Atlantic partnership — and build new ties. Biden has already announced that the United States will rejoin the Paris Climate Accord. He is also determined to lead his country back into the World Health Organization (WHO). And he has even promised to reverse the US troop withdrawal from Germany, which was announced last year by Donald Trump.

But for the Europeans, the top priority is trade — and, above all, the terms of trade, which are now set to come under renewed discussion. And much is at stake. After all, the US and the EU together make up over 30% of global GDP.

It is deeds rather than words that are more likely to fill the credibility gap, says Peter Beyer. That's because if people in Berlin's government quarter are breathing a mighty sigh of relief, then their mood of hope comes mixed with some not inconsiderable expectation.

"The Europeans would," Beyer says, "be well-advised to prioritize a raft of key economic issues and send clear messages to the American side. Such as: "The punitive tariffs must go!" That is a reference to American import tariffs on aluminum and steel, which have in recent years had a painful impact on Germany and Europe. This is no time for the faint-hearted, Beyer continues, "What's needed is a comprehensive transatlantic free trade pact that will help to shore up prosperity on both sides." 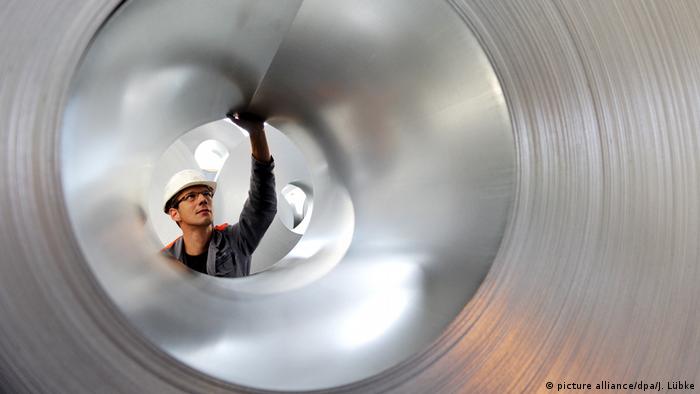 Will US tariffs on EU steel and aluminum soon be a thing of the past?

Thomas Kleine-Brockhoff is more cautious. He, too, believes that a far-reaching German-American trade pact would send out an important signal. But the political realities in the US point in a different direction.

"Joe Biden is under pressure to make no concessions to European demands — especially from his party's left-wing and the trade unions," says Kleine-Brockhoff. Instead, they are calling for economic policies that are hardly compatible with free trade. "And there's little point in putting a man under pressure in areas when he has nothing to offer," he adds.

In Germany, too, there has been a perceptible dip in enthusiasm for large-scale trading agreements like TTIP, the Transatlantic Trade and Investment Partnership that fell apart in 2017 with Donald Trump's rise to power. Surveys conducted by the Washington-based Pew Research Center and Germany's Körber Foundation suggest that a large majority of Germans no longer view the US as a partner in efforts to protect international free trade.

In years to come, smaller bodies and alliances could well become an alternative in efforts to find common trade standards. One example is the Joint Trade and Technology Council, proposed late last year by the EU.

There are other problems that are not going to go away under Joe Biden. Top of the pile: The bitter and long-running dispute over the Nord Stream 2 pipeline that is designed to transport natural gas across the Baltic Sea from Russia to Germany. US Congress only recently took cross-party action to impose new extraterritorial sanctions against the completion of the pipeline.

Peter Beyer has called on both sides to maintain a sense of proportion. "The discussion is completely out of control. What we're talking about is in effect a second pipeline that augments a first that is already in place." There are, he insists, much more pressing issues where the would-be transatlantic partners are at loggerheads, "like trade, security, digitalization, and public health — especially in the era of coronavirus."

Former journalist Thomas Kleine-Brockhoff does not agree at all. Nord Stream 2, he argues, has proved to be "one big strategic miscalculation on Germany's part." And, he says, it's not only damaged relations with the Americans but also with key European partners. This is why he's calling for an energy security initiative for an Eastern Europe "with or after Nord Stream 2."

There remains one issue where, regardless of how long and how deeply the transatlantic partners draw breath, the air still feels disconcertingly thin: The seemingly inexorable rise of China looks certain to pose a grave and growing challenge to transatlantic relations in the coming years.

The American response is "decoupling" — rewinding in large measure ties between the two countries and, most importantly, the two economies. The EU also sees China as a "systemic rival." But, for the time being, there is no sign that the Europeans, and especially Germany, are in any way inclined to run down trading relations with Beijing. On the contrary, between 2019 and 2020, German exports to China rose by a further 14%.

The Germans and Americans, says Kleine-Brockhoff, must work out how to work together. The vice president of the German Marshall Fund says this could be a mixture of red lines and cooperation. The deal would have to look like this: The Americans pull back from their "decoupling ideology," while the Europeans show more understanding for US concerns about security and technology — for instance in the fierce debate over the development of 5G networks. The reform of the World Trade Organisation (WTO), which analysts have long been calling for, is another potential milestone in the process of reining China on trade issues.

A striving for common ground and a shared understanding that the US needs Europe and Europe needs the US, is fueling a new mood of hope among many close to the heart of German politics. It is a striving that, political analysts warn, must be seen to be non-partisan — in Germany and the US alike.

Time is already tight for the new president. Crucial midterm elections will be taking place next year in the US. By then, observers across the Atlantic will probably have a clearer picture of just how much of this ambitious agenda the president is able to put into practice.

US election: German-US relationship hangs in the balance

After four years of Donald Trump, the German-American friendship lies in ruins. Most people in Germany hope Joe Biden will come out the victor — but could a US President Biden fix the broken bond?

US Justice Department releases affidavit that led to Trump search 26.08.2022

The largely blacked out 32-page document pointed to classified records that former US President Donald Trump kept at his Florida residence.