Germany: Health officials warn coronavirus could spread 'out of control'

Germany's health minister called a spike in coronavirus infections to over 4,000 in one day "worrying." But the country's infectious disease agency warned that number could jump to as high as 10,000. 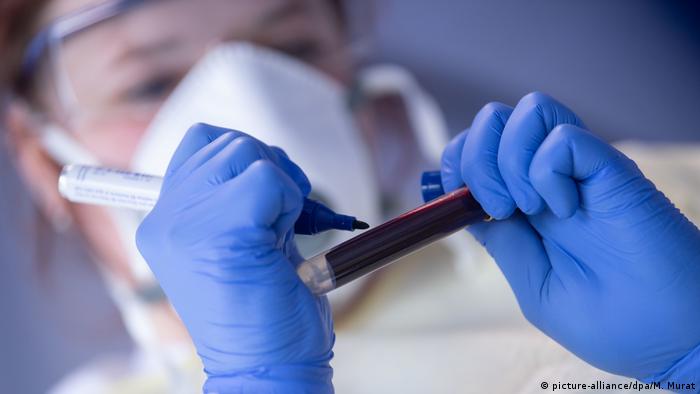 Germany's top disease control official warned that the country could see up to 10,000 new cases per day if people do not follow hygiene and social distancing rules.

"It is possible that the virus will spread out of control," Lothar Wieler, the head of the Robert Koch Institute, told reporters in Berlin.

"We do not know how the situation in Germany will develop in the coming weeks. It is possible that we will see 10,000 new cases a day," he said.

His announcement followed a spike in new cases. Germany recorded more than 4,000 coronavirus infections  in a 24-hour period — marking the highest recorded figures since the height of the pandemic in the spring.

Numbers released on Thursday by the Robert Koch Institute showed 4,058 new confirmed infections — a jump of more than 1,200, compared to the 2,828 cases on Wednesday.

"The numbers are showing a worrying jump," Health Minister Jens Spahn said in Berlin. "Barely any other country in Europe has managed the crisis as well so far. But we must not gamble away what we've achieved."

Health authorities have not recorded such a high number of daily cases since late March and early April, when Germany often recorded more than 6,000 new cases per day. Infections began increasing again in July — a rise blamed on people returning from their summer vacations.

Wieler also urged people to closely follow regulations and measures set forth to prevent the spread of the virus.

"The current situation worries me a lot ... I ask you to stick to the rules," he said, adding that only 8% of cases in Germany were imported from oversees.

Wieler described the "prevention paradox'' that complacency had grown precisely because measures taken by authorities and the public since March had led to a comparatively low death rate. 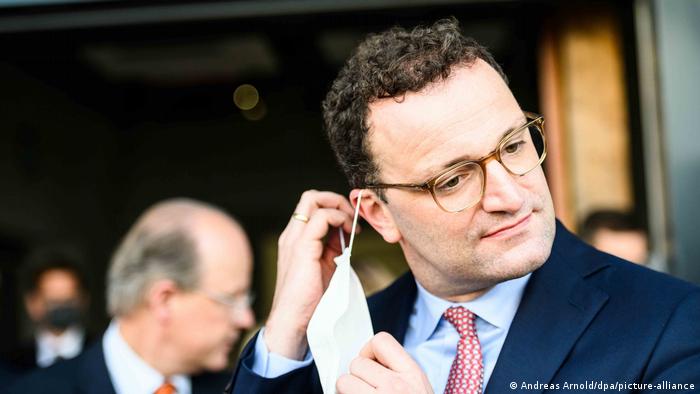 Spahn called the increase in cases in Germany "worrying"

On Wednesday, most of the nation's 16 federal states agreed to impose a ban on people from the growing number of domestic hot spots from staying in hotels elsewhere in the country. However, people from regions defined as risk areas, or areas at-risk of becoming hot spots, can still travel.

The move came as government spokesman Steffen Siebert said the rise in cases can no longer be tied to a "single outbreak event" and warned that health authorities trying to track infections could become overwhelmed.

While infection numbers are rising in Germany, Stefan N. Willich, director of the Institute for Social Medicine, Epidemiology and Health Economics at the Charité hospital in Berlin, told DW he did not think cases would exceed German hospitals' capacity.

"The viral epidemiologic burden is increasing somewhat," he said. "I don't think it's really worrisome yet, but numbers are becoming higher. We have to watch out. We have to adhere to the established methods of prevention."

Willich added that Charite hospital's capacity for coronavirus patients was only at only 3%. "I don't see in the foreseeable future that the health care system could become overburdened here," said.

Meanwhile, Bavarian Premier Markus Söder criticized some big cities like Berlin for "lagging behind" and losing control of their infection figures. "All around us in Europe, the numbers are exploding," he told broadcaster ZDF on Thursday.

He also called for "more masks, less alcohol and smaller parties" to curb the rate of infection.

Söder also defended the ban placed on people from high-risk areas, from renting hotel rooms or accommodation in other regions. "Anyone with a negative test can enjoy a vacation," he said.

Germany has gradually lifted virus-related restrictions since May. Health authorities have opted for a contact-tracing strategy and localized restrictions in response to regional outbreaks. Health officials also renewed calls to limit unnecessary travel.

Meanwhile, Berlin has moved to implement a curfew on the capital, known for its active nightlife — even amid the pandemic.

At least 310,144 people in Germany have contracted the virus since the start of the pandemic, and over 9,500 people have died.

Germany: A closer look at a new rapid antigen test

Berlin has announced new restrictions to help combat a growing number of infections. The measures will hit bars, restaurants and local stores as well as restricting gatherings.

Universities in Germany have been forced to restrict their student exchange programs for African students because of the coronavirus pandemic.