Germany has allowed thousands of people related to refugees with asylum status to join them. The government agreed to change the rules on family reunification for some refugees last year. 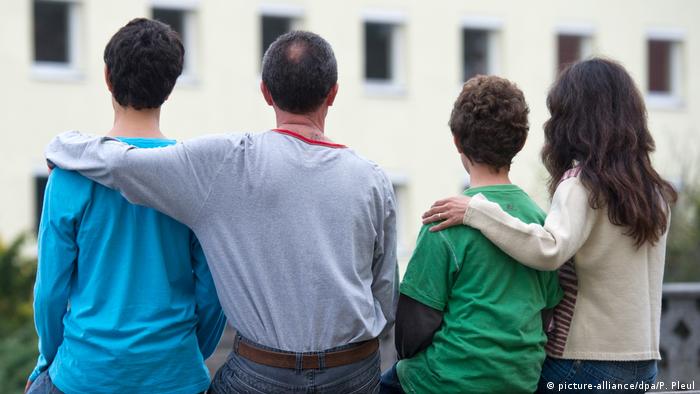 Nearly 9,000 relatives of people with asylum status in Germany have moved to the country since changes to family reunification laws last year.

The Foreign Ministry told the DPA news agency that the government granted 8,758 entry permits from August 2018 to June.

The ruling coalition of Chancellor Angela Merkel's conservatives (CDU/CSU) and the Social Democrats (SPD) agreed to lift a suspension on permits for relatives of people with "subsidiary protection" after difficult negotiations in mid-2018.

The coalition partners agreed, however, to limit the number of fresh permits to a maximum of 1,000 each month.

"The permit applications submitted in February, March and April exceeded the 1,000 per month quota, but we considered this in the months that followed," an Interior Ministry spokesman told DPA.

Relatives of people granted political asylum or protection under the Geneva Convention have long been able to apply for family reunification. The government suspended that right for those with subsidiary protection in 2017.

The reunification right applies to the spouse and children of adult refugees. Parents may also apply if the person with asylum status is underage.