Germany has restarted family reunifications for refugees with a limited protection status two years after the policy was suspended in a bid to curb new arrivals. The issue has caused tension inside Merkel's government. 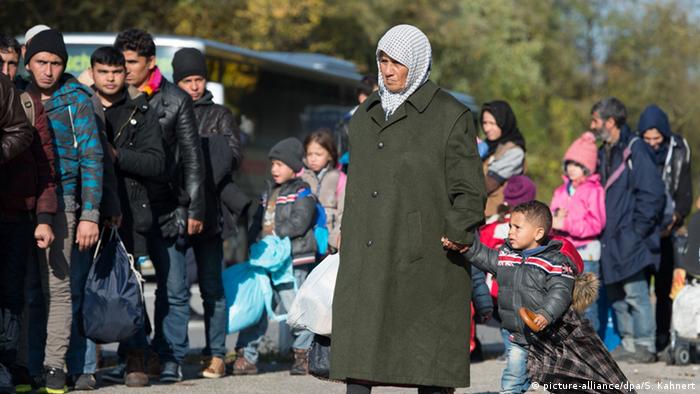 Who do the rules apply to?

The UN refugee agency warned that the reunification application process lacked transparency and was unnecessarily complex.

"Many of those affected have been separated from their family members for years," UNHCR German representative Dominik Bartsch said, urging the government to begin reuniting families as fast as possible.

Annalena Baerbock, chair of the opposition Greens, said that by imposing a quota of 1,000 per month, the government was "trampling" on fundamental rights, harming families and hindering integration.

Stephan Mayer, the interior affairs spokesman for the CSU, defended the limits, adding that the selection of eligible relatives would take "serious illness or disability" as well as the presence of underage children into account.

Syrian refugees particularly affected: The resumption of reunifications has a particular bearing on Syrian migrants, most of whom were only granted subsidiary protection in Germany because they were fleeing civil war and couldn't prove that they were personally persecuted. Their lower-level status, which falls short of full asylum, means they are required to go back to Syria once the civil war is officially over and Germany deems it safe to return.

Why did Germany suspend family reunifications for subsidiary migrants? In March 2016, the German government introduced a two-year suspension on family reunifications for migrants with subsidiary protection. The bill — in the immediate aftermath of the 2015 migrant crisis — sought to slow down the influx of refugees arriving from besieged areas in the Middle East. In February 2018, the Bundestag voted to extend the suspension by six months, while lawmakers negotiated the terms for the new bill.

How long will the reunifications take? It could take several years for the number of expected applications to be processed. In theory, 5,000 migrants can come to Germany under the scheme between August and the end of the year. If a full contingent of 1,000 isn't used each month, spare places can be carried over to future months. Some 34,000 reunification requests have already been lodged with German diplomatic missions.

Bickering has broken out in the governing coalition over family reunifications for refugees in Germany. But the Interior Ministry has backed off its previous tough talk on asylum seekers. Was it all just posturing? (06.04.2018)