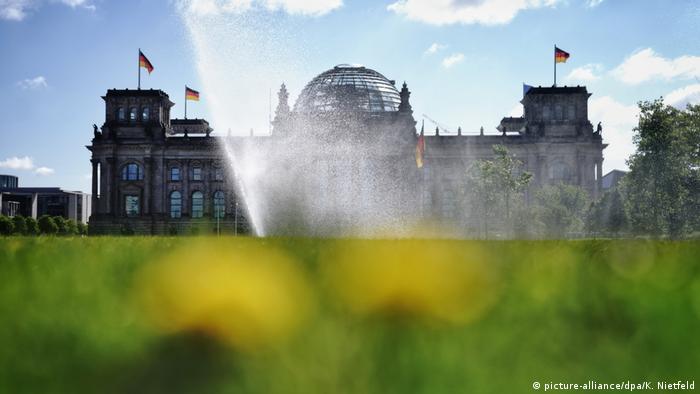 Germany maintained its position as the most highly rated country in the world for a third year running in 2019, while the US approval ratings stayed well below those achieved under the last administration, according to a global leadership poll conducted by Gallup.

With a 44% approval rating, Germany outstripped the US by 11%, with disapproval of the current US leadership most marked in Europe.

As the poll was conducted before the coronavirus pandemic struck, ratings for the US might fall even further as the world watches Washingon's failure to come to grips with the outbreak.

During the previous administration of Barack Obama from 2009 to 2017, the US held the status of the most respected country in the world except in 2011, when it dipped just under Germany in the ratings. When Donald Trump took the presidency, however, the country's approval ratings took a nosedive, falling 18 percentage points to an all-time low of 30%.

The US's approval rating across 135 countries moved up very slightly in 2019 to 33%, but that is still one percentage point lower than the previous nadir of 34% under former President George W. Bush in 2008.

The disapproval of US leadership is strongest in Europe, where a record 61% of people are disenchanted with the current administration. Just three countries on the continent gave majority approval to the US: Kosovo, Albania and Poland.

Australians also appear to have grave doubts about US leadership, with 67% of respondents registering disapproval.

In Africa, the situation was slightly more positive with regard to Washington's image, but the 52% approval rating there also marks a large fall from the 85% in 2009, just after Obama's election.

China and Russia were just behind the US in the poll on 32% and 30% respectively. China had been just ahead of the US in 2018 with an approval rating of 34%.