Munich University researchers had claimed that the disease was spread in Germany by a completely symptom-free individual. Scientists have been criticized for publishing erroneous information under pressure. 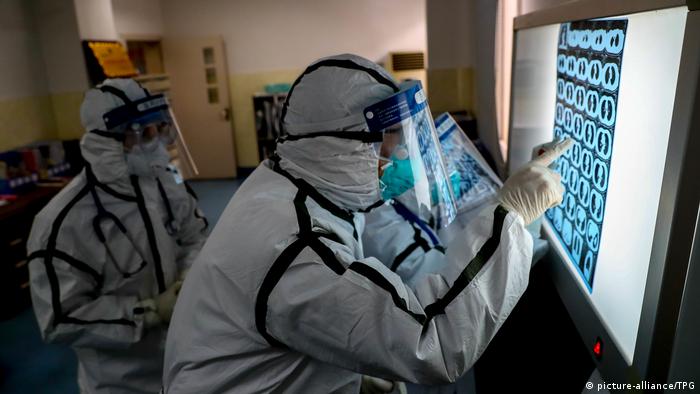 A letter from scientists at a German university claiming that the deadly new coronavirus could be transmitted by people without symptoms has been described as having "major flaws," contributing to wider accusations online that unreliable studies and viral social media posts from researchers are creating unnecessary panic and the spread of misinformation.

The paper, which was published in the New England Journal of Medicine (NJEM), was penned by several doctors at the University of Munich (LMU). It claimed that a Chinese woman, who is believed to have unknowingly brought the virus to Germany while attending a work conference, had "no signs or symptoms of infection" at the time of transmission.

The claim appeared to confirm fears that one could contract coronavirus from a person who displayed no symptoms of the virus.

While Chinese news outlets reported that scientists had suggested a similar opinion, there was no clear evidence to support the claim on the respiratory illness.

The US Centers for Disease Control and Prevention has not come across evidence that the strain of coronavirus can be transmitted by a person who does not show symptoms — but its website noted the now-discredited NJEM study as part of "reports" that the virus can spread from an infected patient with no symptoms to a close contact.

The Robert Koch Institute (RKI), a branch of Germany's federal health ministry, told DW on Wednesday that the German study was highly misleading.

"In contrast to first reports according to which the index case... seemed to have been asymptomatic during the time of likely transmission here, recent interviews by the Bavarian health authorities...revealed that she might have had mild unspecific symptoms."

The Public Health Agency of Sweden was more forceful in its condemnation of the study in a statement, saying that the LMU doctors "lack scientific support" for the argument and that their findings "contain major flaws and errors.”

RKI added the caveat, however, that "the possibility that there might be asymptomatic transmission in single cases can't still be fully ruled out at the moment."

Science magazine first reported that researchers at LMU did not speak to the woman who brought the virus to Germany before publishing their findings — instead, relying on information from four other patients. "They told us that the patient from China did not appear to have any symptoms,” Michael Hoelscher of the Ludwig Maximilian University of Munich Medical Center said, according to Science.

“If I was writing this today, I would phrase that differently,” he added.

LMU told DW that the university did not have an immediate response to the criticism at this time.

Scientists spreading erroneous information about coronavirus have been taken to task around the world, including a researcher with ties to Harvard University in the US who tweeted that the spread of the disease was "thermonuclear pandemic level bad."

So far, the virus that began in the Chinese city of Wuhan has killed some 490 people and infected at least 24,500 more.

Coronavirus? How to tell it's not cold or flu