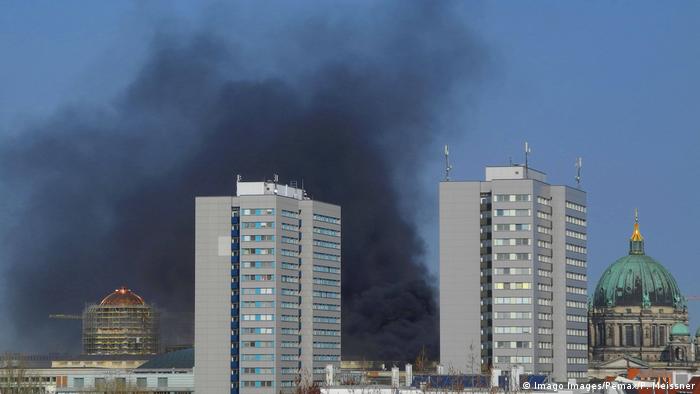 A fire broke out at the Humboldt Forum construction site on Wednesday, leaving one worker injured.

Some 80 fire personnel fought the fire, where a major cultural and exhibition center is being built to display artifacts from Asia, Africa and the Americas and Oceania.

The fire services said they were able to bring the blaze under control in under 30 minutes.

The fire broke out just before 10 a.m. local time (0800 UTC), according to Berlin-based newspaper Berliner Morgenpost. A smoke cloud caused by the fire was visible from a distance, tweeted Berlin fire service.

The forum is set to open in September after the original date was pushed back last year. When finished, the center will cover 40,000 square meters (430,000 square feet). The forum will be housed in a reconstruction of the Berlin Palace which was built largely during the 18th century.