In Braunschweig, Frankfurt and Potsdam, architectural heritage destroyed by the war was rebuilt. Now Berlin has caught up - the City Palace has been rebuilt. Thousands came to visit the site at the weekend.

"Fortune was always with us," says Wilhelm von Boddien. Then he smiles. The Berlin City Palace is up and running. The construction workers are dismantling the scaffolding in the Schlüterhof and opening up an unhindered view of its splendidly reconstructed baroque façade.

Only one more year, then the opening is to be celebrated in 2019 - and Berlin will have a new landmark. Opposite the Museum Island, there will be enough space for the non-European collections of the Prussian Cultural Heritage Foundation. Named the "Humboldt-Forum," it will be home to a new museum to show 'how Berlin is connected to the world'. 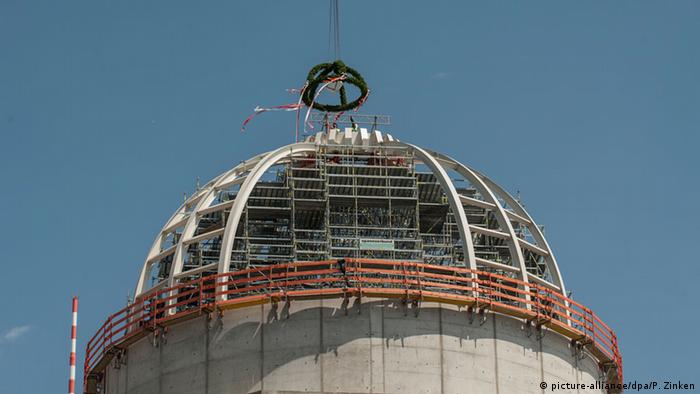 2015: Topping-out celebration for the reconstruction of the Berlin City Palace

Wilhelm von Boddien, who grew up in northern Germany, visited the divided city of Berlin as a high school student. Afterwards, he began an intensive study of Prussian history - and dreamed of having the Berlin City Palace rebuilt.

During the war, the building was badly damaged and in 1950, under the orders of East German leader Walter Ulbricht, demolished. A few years later, the legendary Palace of the Republic was built on part of the site.

After the fall of the Berlin Wall, when many things became irrelevant and Berlin was rethought, von Boddien, by then a successful businessman, had baroque backdrops painted bright yellow and mounted in front of the Palace of the Republic, sparking off one of the most vigorous debates in newly reunited Germany. 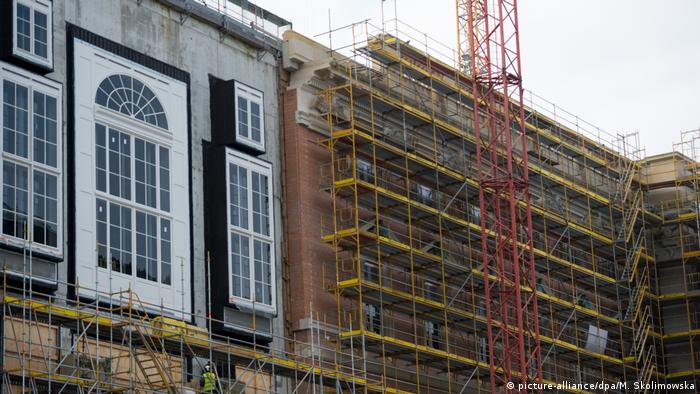 Wilhelm von Boddien was ridiculed by the media as the "ghost of the palace," and his declared plan to raise at least 85 million euros ($98.5 million) in donations to support the reconstruction of the palace was politely smiled upon. But fortune was always with him.

At one point, commissions, juries and the Bundestag parliament agreed to the demolition of the asbestos-contaminated Palace of the Republic and the reconstruction of the City Palace.

The palace is back

Five years have passed since the cornerstone was laid. During this time, much has been debated - including the issue of looted art, the future Humboldt Forum and how to deal with artifacts from Africa, Asia and South America. But no one questions the existence of the palace anymore.

Discerning Berliners have made it their business. Initially, donations from the capital city were sparse, but today they account for more than 50 percent of the total. Wilhelm von Boddien's sponsorship association has meanwhile collected 85 million euros. The only thing missing is 20 million for the dome, which the palace is now also to include. Wilhelm von Boddien wants to have that sum raised by the end of 2019. 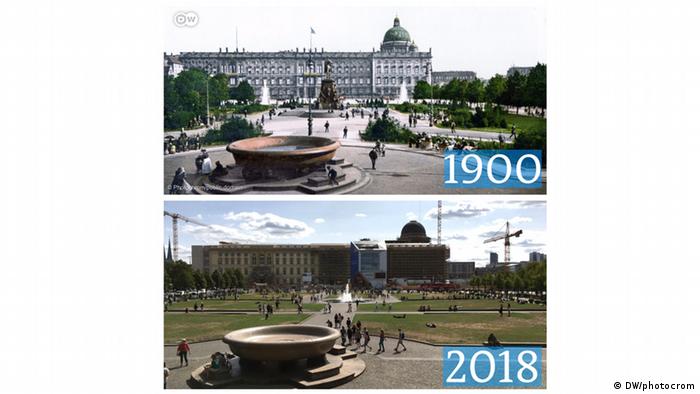 Those interested can take a closer look at what has been built so far on August 25 and 26, 2018, during which the City Palace will be an open construction site. On the one side, visitors can inspect the East Wing, which could not be reconstructed because it was too angled. In its place: an extremely sober concrete block designed by the Italian architect Frank Stella.

The other wings are mostly modern in design inside, spacious, with escalators and air conditioning - but boast finest baroque on the facades and, above all, in the large inner courtyard named after Andreas Schlüter, the original builder. Elaborate arcades and deep pergolas, columns, friezes, garlands, lion heads and eagles make for a clever mix reconstructed from old photos and remains of paint and stone. Everything has been brought to its final form by robots and experienced master craftsmen. On Saturday afternoon, the Berlin Philharmonic Orchestra will perform a benefit concert here, with proceeds to go entirely towards the construction.

On the home stretch

There is still a lot of work to be done on this major construction site in the center of Berlin. But things are progressing well, with work on schedule and total costs of €600 million ($694 million). "It's a small miracle," says Wilhelm von Boddien. Now 76, he is planning to celebrate the opening in time for Alexander von Humboldt's 250th birthday on September 14, 2019.

What is the Humboldt Forum