The project is ambitious and the expectations are high: British museum expert Neil MacGregor has presented the concept for Berlin's future new museum, the Humboldt Forum. 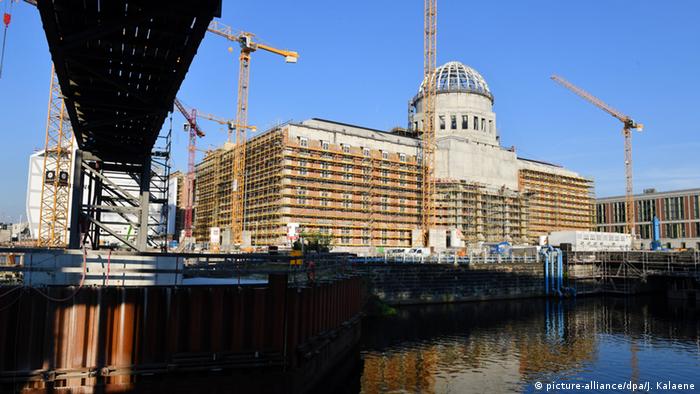 Housed in the reconstructed Berlin City Palace, the Humboldt Forum aims to become a leading European cultural center in the center of the German capital.

As a member of the advisory board for the project, former director of the British Museum Neil MacGregor revealed the concept of the future museum on Wednesday. He was accompanied by his colleagues, Hermann Parzinger, president of the Prussian Cultural Heritage Foundation and German art historian Horst Bredekamp.

The museum, set to open at the end of 2019, aims to reflect the universalism of the 18th-century German naturalist, explorer, scientist and philosopher Alexander von Humboldt. "The museum's collections will serve as a basis to understand global interconnections and perceive the world as a whole, in the Humboldtian spirit," said MacGregor. 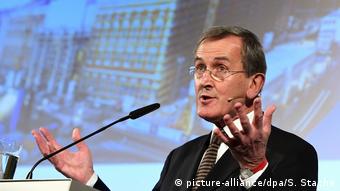 The Parisian Centre Georges Pompidou is seen as a model for Berlin's upcoming cultural center.

The Humboldt Forum will house many of the exhibits collected by the Ethnological Museum of Berlin, which holds worldwide one of the largest and most important collections of art from outside Europe. This museum is located in the southwestern Berlin district of Dahlem. The future Humboldt Forum will allow the ethnological collections to be shown in the center of the city, right near the Museum Island complex.

Another part of the Humboldt Forum will show an exhibition on Berlin that will explore the historical, social and cultural disruptions of the city.

Most ambitious cultural project in Germany

German Culture Minister Monika Grütters welcomed MacGregor's suggestion that admission to the museum should be free, just as it is at many British museums. The Humboldt Forum is "currently the most ambitious cultural project in Germany," she added at the press conference on Wednesday.

The reconstruction of the Berlin City Palace cost nearly 600 million euros ($665 million), according to current information. Three sides of the exterior of the building will reproduce its historical style, while the interior will be modern. 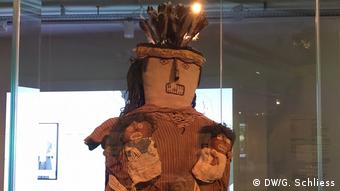 Exhibit from the temporary show "Extremes! Nature, Culture and the Humboldt Current"

The decision to rebuild the former winter residence of the Kings of Prussia and German Emperors, damaged during World War II and destroyed by the East German government, was a source of controversy in Berlin.

Temporary exhibition in the meantime

Until the museum actually opens at the end of 2019, it is possible to obtain a preview of its approach combining cultural history and science.

The temporary show held at the Humboldt-Box, right next to the City Palace, called "Extremes! Nature, Culture and the Humboldt Current" centers on a water current in Peru. The exhibition opens on November 3 and runs through February 26, 2017.

The fall of Berlin's Palace of the Republic

The Palace of the Republic in Berlin was regarded as a powerful symbol by the East German government and yet 10 years ago, it was decided that the Erich Honecker's ostentatious display had to go. (19.01.2016)