Germany ex-spy chief Maassen may be fired for insults

Maassen reportedly heavily criticized the government to other European security chiefs in his farewell speech. Interior Minister Horst Seehofer, who backed Maassen in other controversies, has declined to do so this time. 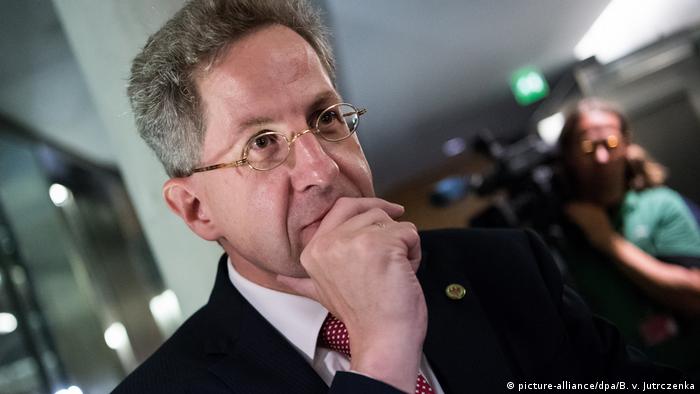 Germany's controversial former domestic intelligence chief Hans-Georg Maassen looked likely to finally be getting the boot from government on Sunday. The Interior Ministry confirmed that it is reviewing Maassen's employment after more of his controversial statements came to light.

Maassen, who headed Germany's domestic security service (the BfV) for six years, became the subject of outrage across Germany in September when he questioned well-documented reports of far-right violence against foreigners in the city of Chemnitz and gave no reason for his comments.

There have also been reports that he passed sensitive information about Islamic extremism to the Islamophobic Alternative for Germany (AfD) party.

Despite the uproar, Maassen's boss, conservative Interior Minister Horst Seehofer, continued to back him. An initial compromise between Chancellor Angela Merkel's Christian Democrats (CDU) and coalition partners the Social Democrats (SPD) would have seen Maassen relieved of duty at the BfV but essentially promoted to deputy interior minister.

After an outcry over the apparent promotion, he was shuffled sideways and made a consultant reporting directly to Seehofer.

What finally may get Maassen fired has nothing to do with the far-right, and everything to do with how the 55-year-old spoke of the ruling CDU-SPD grand coalition in his farewell speech as BfV chief in front of European counterparts in October.

While the Interior Ministry has not made the contents of Maassen's remarks public, he reportedly spoke derisively of Merkel's administration in front of the group of European security leaders.

Even his former champion Horst Seehofer did not directly back him this time, telling reporters in Munich on Sunday that he could not comment on the matter yet. He will reportedly make a decision on Maassen's future when he gets the finished report on the incident at the end of the week.

Maassen has been no stranger to controversy throughout his career, notably being accused in 2013 of having transferred all BfV data to the US National Security Agency.