The Interior Ministry has confirmed travel documents issued from territory controlled by "Islamic State" are no longer valid forms of ID. Nearly three quarters of migrants arriving to Germany in 2015 had no documents. 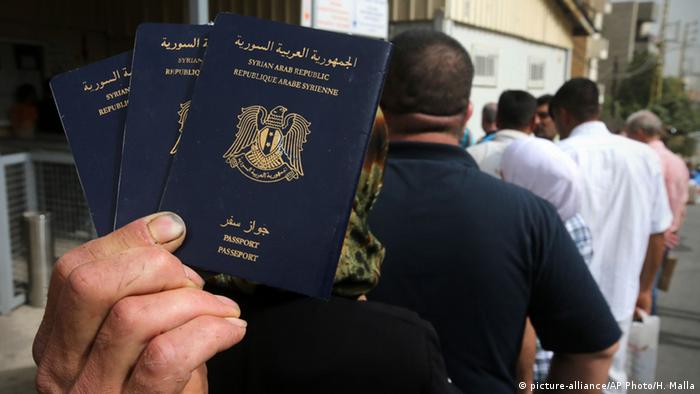 The measure went into effect in December as concern mounted that "Islamic State" (IS) had taken over public administrative functions and obtained vast quantities of blank documents.

The rule will have an impact on both Iraqis and Syrians who possess travel documents issued after January 1, 2015, in territory controlled by IS in Syria and Iraq, the Interior Ministry announced, confirming a report in the German weekly "Der Spiegel."

Europe has been on high alert for jihadists disguised as refugees using false documents following last November's Paris terror attacks, in which Syrian passports were found on the bodies of two men. The black market for Syrian passports remains rife.

Nearly three-quarters of migrants entering Germany in January arrived with no documentation.

Passport holders from 'IS' controlled areas will still be able to apply for asylum in Germany, but similar to other refugees must prove their identity and country of citizenship.

Some so-called economic migrants intentionally arrive in Germany without travel documents, knowing that their country of origin does not qualify them for asylum status and protection.