Asylum applicants from the Balkans are increasingly voluntarily leaving Germany. One reason for this may be improved chances for re-entering Germany's job market later on. 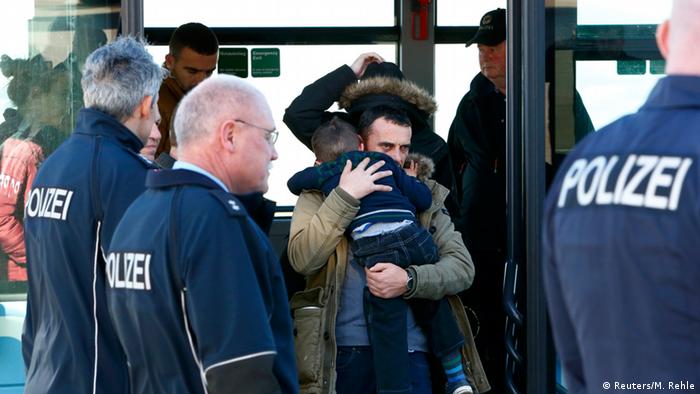 Growing numbers of people from the Balkans who have been refused asylum in Germany are making their way back home. For months Albanians have made up the second largest group of refugees coming to Germany, surpassed only by Syrians. Now, about 100 Albanians and Kosovars are leaving Germany each day, mostly via Frankfurt Airport. Returnees receive a document from the Federal Police stating that they have voluntarily left Germany. The alternative is a stamp that identifies them as having been deported, which could prohibit them from re-entering the Schengen Area for up to five years.

This new wave of self-deportation might have been set in motion by a new German rule easing labor market access for potential employees from the Balkans, which came into effect on January 1. People who leave voluntarily can now apply for employment authorization at German embassies in their home countries. More than 170 cases have already been registered at the embassy in Tirana, Albania.

Though this program has proved a success so far, at least as measured by the number of self-deportations, another group of people has found that they cannot freely leave Germany - not even when their asylum applicants are rejected and the government has told them to go. The reason is a phenomenon that the press refers to as "passport loss": when that most essential of travel documents temporarily "disappears" into the bureaucratic thicket of German agencies that process asylum claims. While the passport is lost in the system, asylum applicants, including people who have been denied or have already expressed a wish to voluntarily return, are forced to live in uncertainty and unable to plan for their future, said Annegret Spitz, who works with refugees at the Protestant welfare organization Kölner Diakonie. Last year about 640 people came to her office for advice, she said, and roughly a third of them had lost their passports to the labyrinth. Some had to wait for months before their passports reappeared. 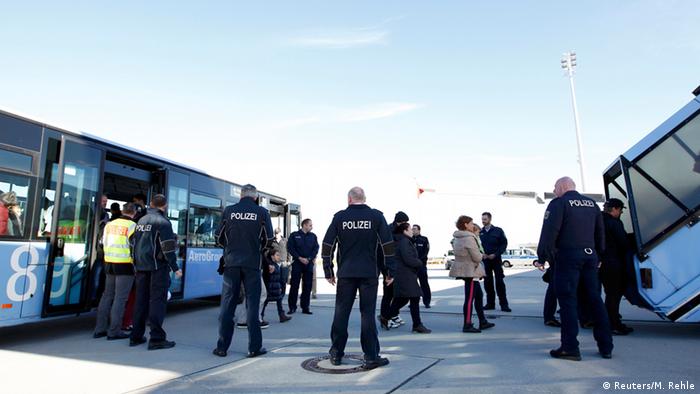 Those who do not leave voluntarily are forcibly deported

Have Germany's asylum authorities lost control of the situation? "Cases may arise in which documents cannot be immediately be assigned to a specific asylum application," a representative of the Federal Office for Migration and Refugees (BAMF) told DW. "The reason for this is that the Federal Office sometimes receives passports from other authorities before asylum papers are actually filed. As soon as an asylum application is filed, the passport is added to the asylum-seeker's document file, where it remans until the case is closed."

The social worker Spitz said BAMF and other agencies seemed to especially lose the passports of asylum applicants from Albania and Kosovo. "That may have to do with the fact that these people tend to have their passports with them when they register, as opposed to asylum-seekers from other countries," Spitz said. She mentioned an Albanian man who had to wait for a very long time before returning home. His passport was lost for five months. "He was very patient," Spitz said. "He came back several times, and we helped him by inquiring at BAMF." 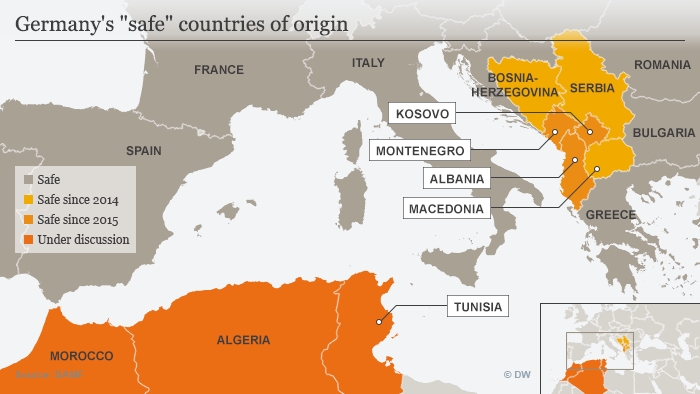 To pre-emptively deny asylum claims, Germany has expanded the list of countries it deems "safe"

"Many don't understand how something like that can happen," Spitz said. "Authorities inform them that they have to leave the country, but when they want to return home it is impossible, or takes a very long time." She added that people submit their documents to authorities in good faith only to be disappointed by the inefficiencies of German bureaucracy.

Now there is hope for those who wish to return home but have no passport. A central database has been designed to improve cooperation among the country's various agencies. "For some time now, passports for which no asylum applications have been filed have been being registered in a central database," the BAMF official told DW. "This guarantees that every branch of the Federal Office has access to the documents."