The German federal government had provided funds to DITIB for counterextremism and refugee aid programs. The Turkish-Islamic group has been under fire over a number of scandals. 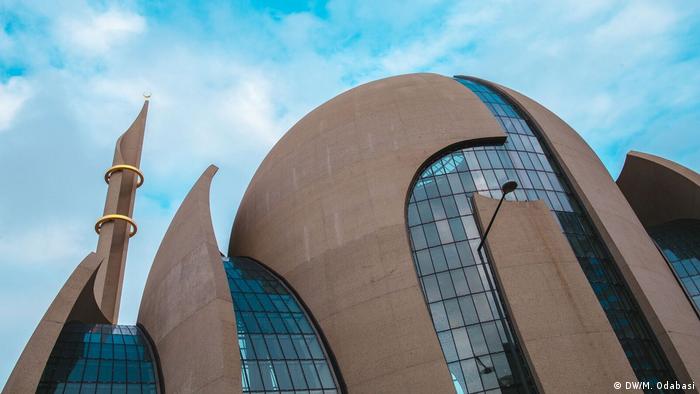 The German government will no longer be funding projects run with the country's largest Islamic umbrella group, the Interior Ministry in Berlin announced on Thursday.

Since the start of the year, the federal government has not approved any funding for the Turkish-Islamic Union for Religious Affairs (DITIB), which has been at the center of a series of controversies. Funding has also been halted for projects in 2019.

Most of the German government's funding for DITIB has involved support for counterextremism programs and aiding refugees. About €6 million ($6.9 million) has been provided to the group since 2012. The Family Ministry has also stopped approving projects with DITIB at the end of last year.

The Cologne-based group runs more than 900 mosques tied to the Turkish government's Directorate of Religious Affairs, or Diyanet, which provides imams to DITIB mosques.

In the wake of the failed 2016 coup attempt against President Recep Tayyip Erdogan, the DITIB has been accused of acting as the long arm of the Turkish state.

Some imams are alleged to have acted on the orders of Turkish diplomatic posts to spy on followers of the Gulen movement, which Ankara blames for the failed coup bid.

The Gülen Movement Appears in Germany

In another scandal, DITIB imams reportedly called on worshippers to pray for a Turkish military victory against Syrian Kurds in Afrin.

"Those who spread nationalism, hatred of Christians, Jews or people of no religious affiliation and spy here at the behest of the Turkish government cannot be a partner in the fight against religious extremism in Germany," Christoph de Vries, a spokesman for Chancellor Angela Merkel's Christian Democrats (CDU) on internal affairs, told Bild newspaper on Thursday.

Cooperation between DITIB is primarily a matter for the individual federal states, with the federal government promoting only certain projects. A number of states have already distanced themselves from DITIB.

Sevim Dagdelen, the deputy parliamentary head of the Left party, called for federal states to cut all ties with DITIB and for the group's charity tax status to be re-examined.

"The federal government and the federal states must stop cooperation at all levels with Erdogan's outpost in Germany. It must be examined whether the preferential tax treatment of the association can be further justified. DITIB is not charitable, but a danger to the public," the politician of Kurdish origin said in a statement.

The confusing golden effigy of the Turkish president has been removed by the fire brigade in the western German city of Wiesbaden. It was put up without the knowledge of city officials and was not generally welcomed. (28.08.2018)

Berlin plans to cut project funding for the Turkish Islamic organization DITIB by about 80 percent, according to a newspaper report. DITIB has been criticized for having close ties to the Turkish government. (05.10.2017)

An investigative report links Ankara to a boxing gang in Germany accused of going after opponents of the Turkish government. The report ties a Turkish MP close to President Erdogan to violent criminal activity. (14.12.2017)

The Turkish-Islamic organization DITIB has called on German authorities to do more to protect Muslims and their places of worship. The appeal comes after several suspected attacks on mosques and Muslim centers. (11.03.2018)