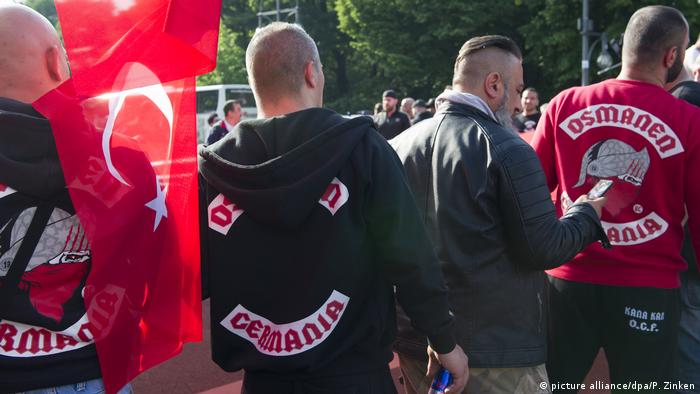 "The club presents a serious danger for individual legally protected rights and for the general public," the ministry said in a statement.

The announcement came as police carried out raids on Osmanen Germania in the states of Rhineland-Palatinate, Baden Württemberg, Bavaria and Hesse. Authorities estimate the group has 300 members across the country.

Battling the bikers: The struggle against organized crime in Germany

Seehofer said the ban, which affects 16 club chapters, was part of a state and federal crackdown on organized crime.

"And of course that applies to biker groups like the Osmanen Germania, whose members commit serious offenses," the minister said.

"Those who flout the rule of law shouldn't expect any leniency from us."

Since its founding in 2015, Osmanen Germania has become one of the fastest-growing gangs in the country.

Eight suspected members have been on trial in Stuttgart since March, facing charges that include attempted murder, extortion, drug trafficking, deprivation of liberty and forced prostitution.

The group is believed to have close ties to Turkey's ruling Justice and Development Party (AKP), and in the past has advocated Turkish nationalist and extreme right-wing views.