Germany: Could this new booklet protect girls from FGM?

Female genital mutilation is "an archaic crime" but also an issue that Germany has to face up to, said Family Minister Franziska Giffey. Mothers and daughters may both benefit from a new booklet, said one commentator. 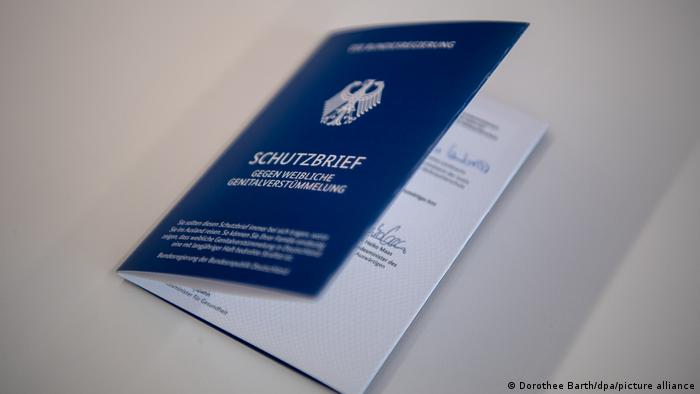 Germany sent "a clear message" that female genital mutilation (FGM) is a punishable offense in the country, even when carried out abroad, the Minister for Families said on Friday.

FGM — the practice of cutting or removal of parts of the female genitalia for non-medical reasons — is an "archaic crime" and an issue that "we also have to face in Germany," Franziska Giffey said.

Giffey made the comments as she launched a new passport-style "protection letter" for girls at risk of the harmful practice.

Around 200 million women worldwide are affected by FGM, the United Nations estimates.

In Germany alone, 68,000 women and girls are thought to have undergone the procedure. Around 15,000 girls are considered at risk in the country. 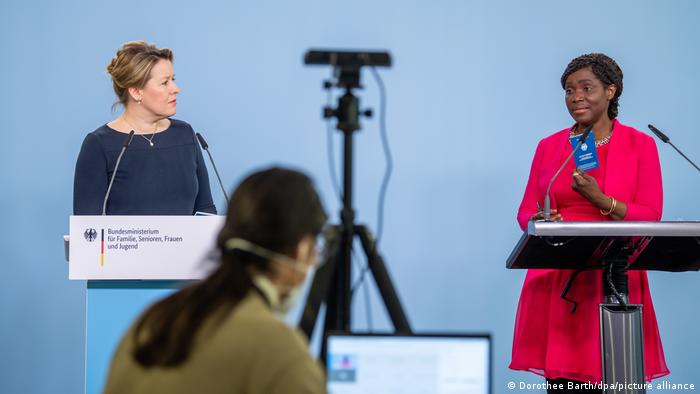 The new brochure comes in a dark blue cover page and is emblazoned with the federal eagle under the heading: "The Federal Government."

It is designed so that girls at risk of genital mutilation can carry it with them while traveling to their home country from Germany.

Inside, it lists the physical and psychological consequences for those affected. It also includes a list of ways for girls to access help.

The document can also be printed out and used as a handout during counseling sessions.

Moms and daughters both benefit

Such a document is "extremely important" because girls at risk or their parents can use it to prove to relatives that FGM is prohibited and punishable in Germany, said Gwladys Awo, chairwoman of Lessan e.V, a German organization dedicated to combating FGM.

"Many girls need this, many mothers need this," Awo added in praise of the brochure.

The booklet was launched ahead of international day of zero tolerance against FGM on Saturday.