The youth welfare office for the German state of Rhineland Palatinate has revoked the operating license of a Muslim kindergarten. The day nursery was accused of promoting Salafist ideology. 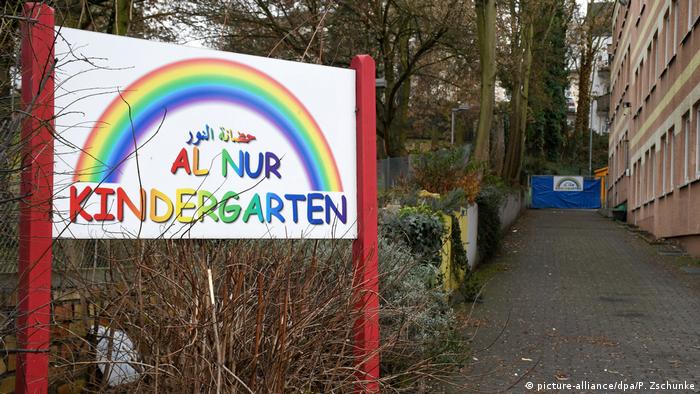 Officials in the city of Mainz on Monday withdrew the license of the only Muslim kindergarten in the state of Rhineland-Palatinate amid allegations that the facility was promoting Salafism.

The president of the state's youth office, Detlef Placzek, said the promotion of Salafist materials meant that the nursery no longer adhered to the German constitution.

Officials had a duty to intervene, Placzek said, when an operator was unwilling or unable to "to create the conditions that ensure the well-being of children."

Arab Nil-Rhein chairman Samy El Hagrasy rejected the accusations of extremism and said he would be appealing. "We accept and respect the constitution," said El Hagrasy, adding that the decision was "incomprehensible and a mystery."

Children not in 'acute danger'

Alarm bells were first sounded in 2012, when a controversial preacher began attending events for the Arab Nil-Rhein (Arab Nile-Rhine) mosque association, which is responsible for the Al Nur day nursery.

Further information only came to light in autumn last year, with the revelation that inappropriate literature had been shared at the kindergarten and that the center had worked with an infamous figure within the ultra-conservative Salafist movement.

Children at the kindergarten are all due to switch to other day care centers by March 31, with preparations already being made by the city. A grace period was possible because there was no evidence of "acute danger to life and limb of the children," officials said.

At present there are 18 children at the kindergarten between the ages of three and six.

The number of individuals in Germany recognized as adherents of Salafism has reached a new all-time high, the interior ministry said. The growth is particularly fast in Germany's smallest states. (04.04.2018)