The three groups have been banned for allegedly collecting money for the families of Hezbollah fighters. The Lebanese militants have been active opponents of Israel. 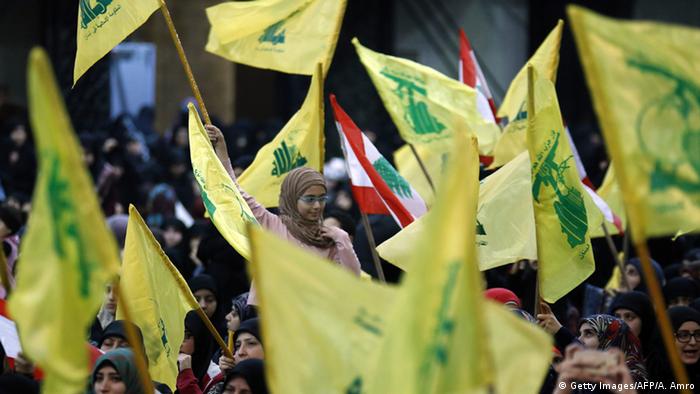 Bans against German Lebanese Family, People for Peace and Give Peace came into effect on Wednesday, but had already been pronounced in mid-April.

"Those who support terrorism will not be safe in Germany, regardless of the garb in which their supporters appear, they will not find a place of retreat in our country," Interior Minister Horst Seehofer's spokesman said.

Why were the three organizations banned?

Authorities believe the three groups collected donations for "martyr families" in Lebanon — including families of those who died in Hezbollah attacks.

They are accused of dressing up their operations in Germany with religious or humanitarian goals.

The ministry supported its move in the context of ongoing hostilities in the Middle East, saying that the three banned organizations had aimed to promote Hezbollah's fight against Israel.

The knowledge that families of "martyrs" will be supported financially is considered an encouragement for young members to take up arms.

Is Hezbollah active in Germany?

However, Germany's domestic intelligence agency estimates there are around 1,050 Hezbollah members and supporters active in the country.

The individuals are suspected of organizing unofficially to raise funds for activities in Lebanon, security officials said.

Hezbollah is a Shiite group with connections to Iran. The group has been involved in conflicts with Israel. Last week, Israeli soldiers shot dead a Hezbollah member during protests in support of Palestinians on the Lebanese border.