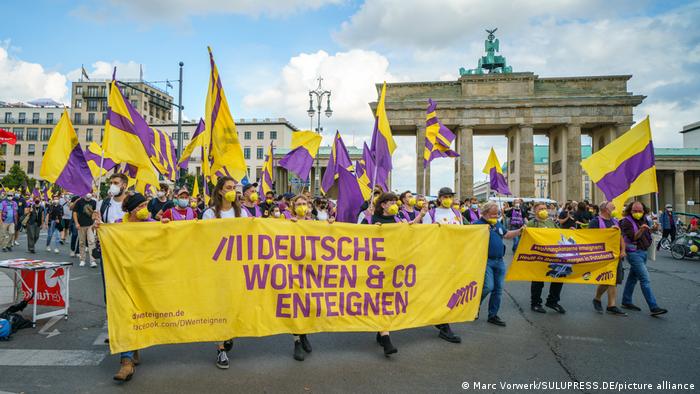 Voters in the German capital, Berlin, alongside casting ballots for the makeup of the new German parliament and for their local legislature, also took part in a referendum on whether to force large real estate companies to sell off most of their housing units.

With Berliners casting more votes in a day than the city ever had, there was chaos and delays at several polling stations. About 34,000 helpers were working at more than 2,250 polling stations across the city.

Therefore, final results on the nonbinding referendum did not come in until Monday morning. 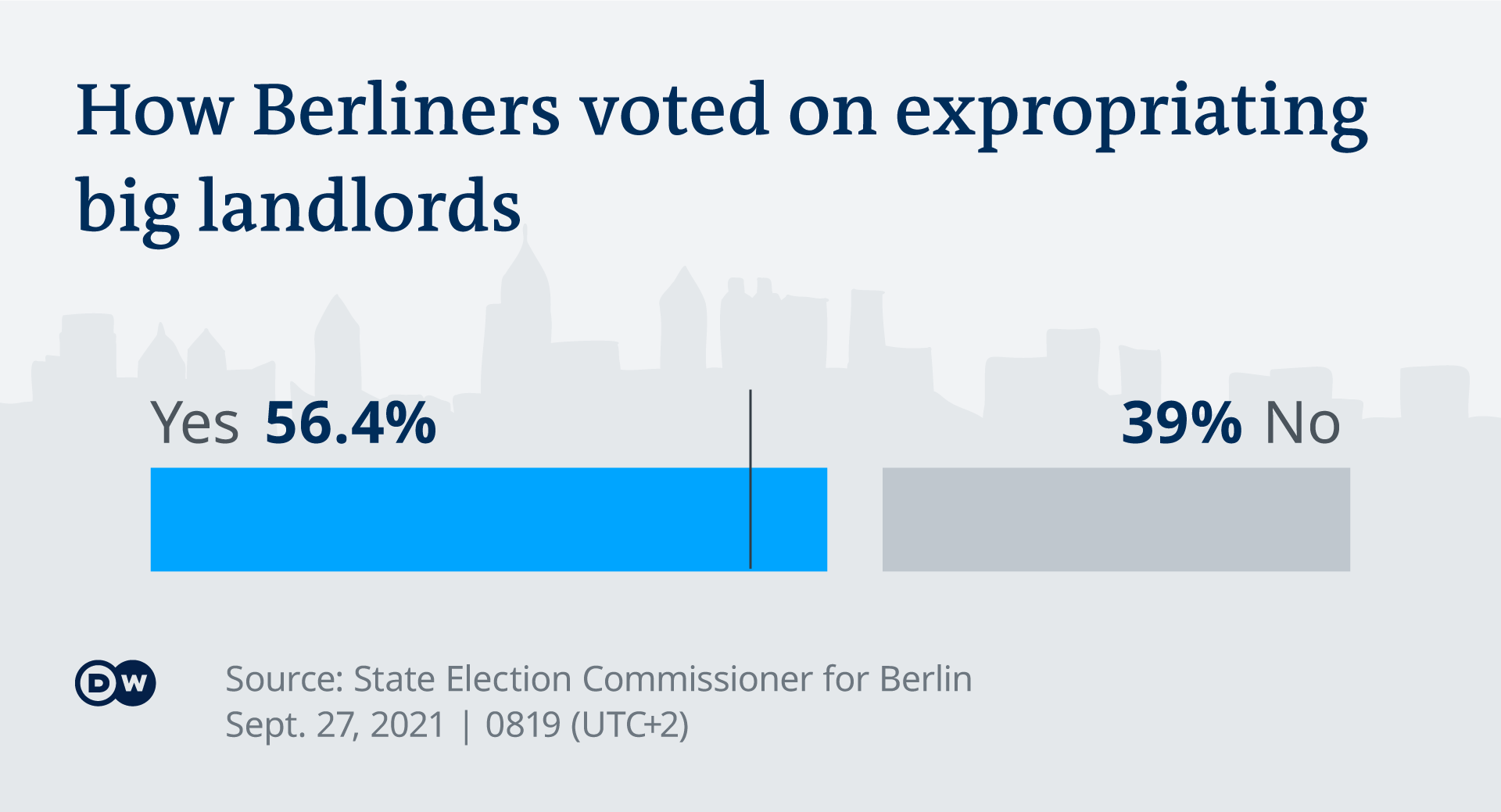 The measure required a simple majority to pass as well as a "yes" vote from at least a quarter of all eligible voters, but, even if it does pass, that would only force the incoming Berlin city-state government to debate the proposal.

The results came after Berliners had a busy day at the polls as they had also been asked to vote in the nationwide Bundestag elections, the regional state-level elections and the district council elections. The city also decided to hold a marathon on the same day, adding to chaos at Berlin polling stations, which possibly added to delays in ballot-counting.

There were 115 different ballots to include all the various votes taking place, according to the regional broadcaster RBB24.

What would an expropriation mean?

The vote was the result of a grassroots campaign to "Expropriate Deutsche Wohnen and Co." A successful vote would open the way for the Berlin Senate to devise a law that would allow for expropriation of real estate companies with more than 3,000 housing units. Companies would be reimbursed for the properties at a rate "well below market value," according to the campaign.

The vote came after German's constitutional court overturned a rent cap introduced in the capital city by the ruling left-leaning coalition. Housing and rental prices have been a major issue for Berlin residents because of high prices.

Campaigners believe that the legislation would be constitutionally compatible with Germany's Basic Law under the never-before-used Article 15, which states: "Land, natural resources and means of production may, for the purpose of nationalization, be transferred to public ownership or other forms of public enterprise by a law that determines the nature and extent of compensation."

"It isn't binding, but the next state legislature will have to debate it. As housing crisis puts pressure on renters, expect pressure to stay on pols to do something about it," tweeted DW reporter William Glucroft.

The Deutsche Wohnen real estate giant owns about 113,000 housing units in Germany's capital. It was the main target of the referendum campaign. But several other companies, such as Vonovia, which is trying to buy out Deutsche Wohnen, and the Pears Group would also be affected by the expropriation legislation.

The referendum was also accompanied by debate about whether the proposed plan conforms to the German constitution, and any future legislation could face legal challenge.

The capital city, with its population of about 3.6 million people, is suffering from a housing crisis. The outgoing coalition of Greens, center-left SPD and the more radical Left Party tried to bring in a temporary freeze on rent prices, but this was overturned by Germany's top court in April, when judges declared that such powers could only be enacted at the federal level, not by an individual German state.