Berliners vote ′yes′ on property expropriation, but what happens now? | Business | Economy and finance news from a German perspective | DW | 27.09.2021 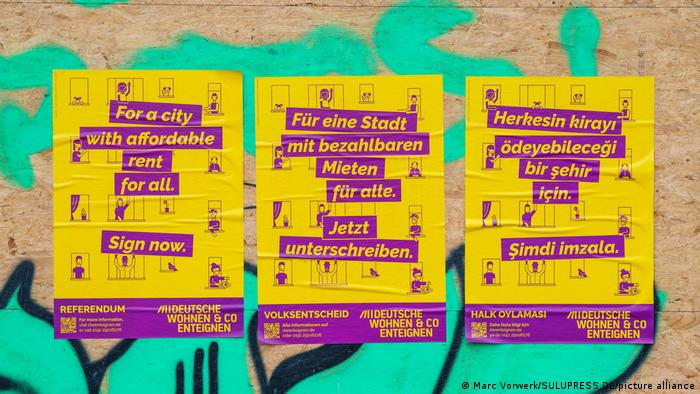 Berliners voted on a radical expropriation proposal on September 26

The "DW und Co. Enteignen" (Expropriate Deutsche Wohnen and Co.) referendum campaign has now cleared all its electoral hurdles. The vote passed with a resounding "Yes" vote of 56.4% in Sunday's poll in the capital. Crucially, more than 25% of all elibible voters in Berlin voted yes, a difficult requirement that has previously tripped up other popular campaigns.

Berliners have spoken and what they have to say is clear: they want city authorities to pass a law which would allow for the expropriation of what they call "private" real estate companies, specifically those that own more than 3,000 housing units. The campaigners say the companies would be compensated at a rate "well below market value."

Just to get on the ballot in Berlin, the referendum organizers had to collect 175,000 valid, handwritten and fully verified signatures. Now, more than one million people have voted in favor in an official referendum, giving the measure powerful popular support.

Deutsche Wohnen, which owns around 113,000 housing units in the city, is clearly the main target. But other companies would be affected, such as Vonovia, which is currently trying to buy Deutsche Wohnen, and the Pears Group. Another is the Swedish company Heimstaden, which announced on the night of the vote that they had just bought 14,000 new homes in Berlin.

Yet the resounding popular vote does not mean the measure will become a reality. Huge legal and political barriers remain in the way. 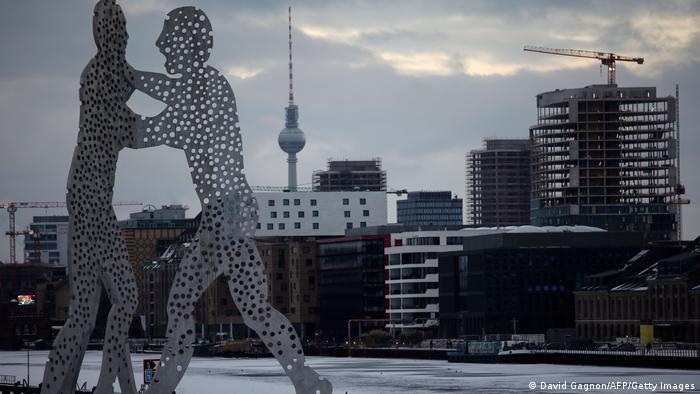 Regardless of the strength of the vote, the referendum is not legally binding and the proposal will only become law if the ruling parties in the Berlin Senate choose to make it so.

That casts the spotlight on the next Berlin government. Sunday's Berlin election results mean the left-leaning coalition of the SPD, the Greens and the Left party is likely to continue in power. However, the referendum vote will feature very prominently in coalition negotiations and the parties are sharply divided on the proposal. The far-left Left party strongly supports it while the Greens have given mixed signals. The SPD, which is likely to remain the biggest party in Berlin after the election, is opposed, as are all major opposition parties.

The SPD's Franziska Giffey, who is in pole position to be the next Berlin mayor, has spoken strongly against the idea: "For me, the subject of expropriation is already a red line. I don't want to live in a city that sends the signal: This is where expropriation is taking place."

If a law was drafted, it would face legal challenges on several fronts. In September 2019, organizers passed a key stage when the Berlin House of Representatives' legal advisers said the proposal was compatible with German Basic Law.

Jakob Hans Hien, a lawyer at Knauthe, one of Berlin's leading real estate law firms, believes an expropriation law would not be applicable in Berlin. He says that the target of only hitting companies or individuals with 3,000 apartments or more has no objective basis.

He thinks it more likely that the Senate will use the yes vote as leverage to gain concessions from landlords, rather than write an expropriation law. If a law were actually prepared, he believes the federal government would come under pressure to enact their own law to override it while he foresees a multitude of other legal hurdles. 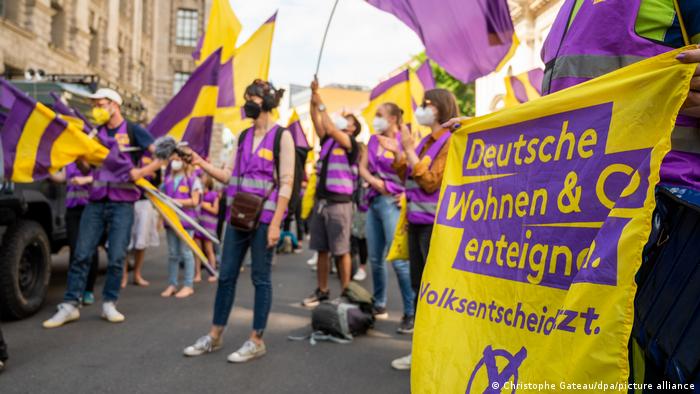 The organisers of the referendum have reacted with understandable joy at the result.

"Wow!" they wrote on Twitter with a bottlecork emoji. "With 56.4%, the majority of Berliners eligible to vote opted for the socialization of the large real estate groups and thus against speculation with living space."

But those who voted yes could still be in for a disappointment.

"Hardly anyone believes that a law will really be passed," says Hien, of his firm's clients. "Legally and practically, this would simply not be feasible." But he says there are plenty of worries about the other consequences of a 'yes' vote and how it will affect the housing market in the city.

What is clear is that the more than one million yes votes is not the final say. 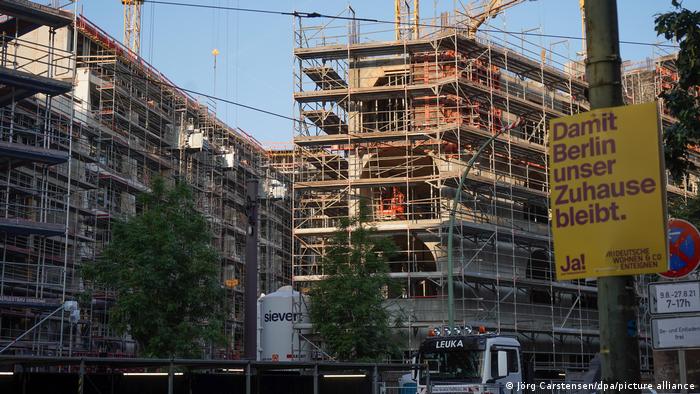