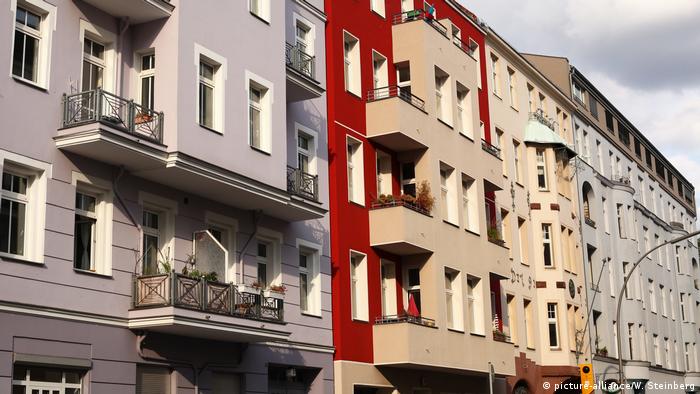 The shortage of affordable housing is especially acute in Berlin

The bad news reached Petra Fischer (name changed) and her husband on New Year's Eve 2019, of all days. After 36 years, they were told they'd have to move out of their apartment in Berlin's downtown Schöneberg district. The owner needed it for his daughter.

Since that day, the couple — both employed, she part-time — has been looking for a new place to live. They say they are prepared to pay a maximum of €800 ($965) in rent a month, about a third of their joint income and considerably more than before, for something close to what they have now: two rooms, along with a kitchen and bathroom, and a balcony. They've taken legal action against their imminent eviction, and must document their search effort. So far, they've made 120 applications — without success.

"We would like to be nearby, because we are of course very rooted in our neighborhood. That's understandable after so many years here," Fischer told DW. "My family also lives in the area and I have to care for a relative." Nevertheless, the 56-year-old and her husband have been looking all over the city for an affordable place.

They rely on the alert systems of real estate portals and municipal housing associations for new listings, but have also asked their friends and acquaintances for any leads. But they say that many rental ads are deactivated after just a few hours, and the rare viewing appointments are often canceled at the last minute due to "high demand."

There are few apartments in their price range, "and when there are, we're just not considered," said Fischer. Apartments that require a certificate of eligibility for social housing are out of the question. They could have found an apartment in the new development across the street, but the price per square meter there was almost €20 euros. "That's just too much," said Fischer.

The Fischers are not alone. According to an analysis by the real estate portal Immowelt, rents in major German cities have risen disproportionately between 2009 and 2019 — in the German capital by 104%. Berlin's municipal housing association, HOGOWE, receives an average of 300 applications per apartment, according to an email sent to DW.

"We have been experiencing  enormous housing demand pressure for years, especially in metropolitan areas and university cities," Lukas Siebenkotten, president of the German Tenants' Association (DMB), told DW. "Anyone who previously had a reasonably inexpensive apartment and can't stay there … has almost no chance of finding something in the comparable price segment." The situation is most difficult for people who earn just enough to be ineligible for government assistance, he said.

One reason for the shortage, according to the Alliance for Social Housing, is that for years very little affordable housing has been built in metropolitan areas and growth regions.

Germany is lacking around 670,000 apartments nationwide. Matthias Günther, head of the Pestel Institute, a research institute based in Hanover, told a press conference in early February that nearly all of the missing apartments are in the affordable rent or in social housing sector. Not only that — some 43,000 social housing units disappear from the market every year, said the Alliance for Social Housing.

The associations are now demanding, among other things, the construction of 80,000 new social housing units per year by 2030 — more than twice the yearly average from 2017 to 2019 — and they want 10% to be barrier-free for people with physical disabilities. 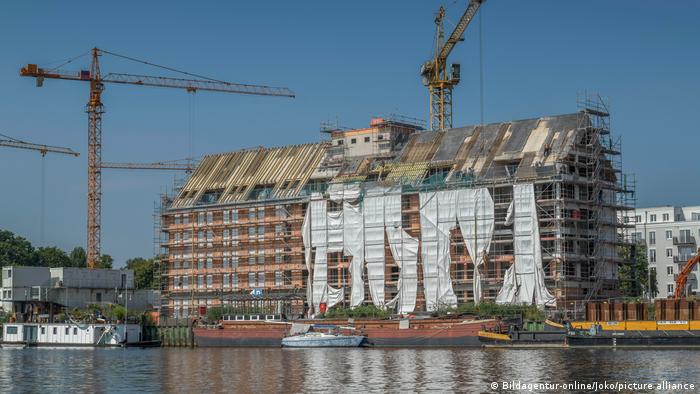 Empty storehouses in Berlin-Spandau are being converted into apartments

Federal, state and local governments agreed on some measures to relieve the situation at a housing summit in 2018. These included a billion euros for social housing construction and tax incentives for the construction of rental apartments. The goal was to create a total of 1.5 million new homes in Germany by fall 2021.

Interior Minister Horst Seehofer recently said that "1.5 million apartments would be under construction or completed" within the current legislative period, until September. On February 23, the government plans to present its assessment of the so-called housing offensive.

Pandemic as a danger — and an opportunity

Whatever the outcome, the housing shortage could worsen in the coming months as a result of the COVID-19 pandemic and the unstable labor market, the Alliance for Social Housing has warned. But it added that the crisis could offer an opportunity: If working from home becomes the new normal, many offices could end up being converted into apartments. By 2025 alone, some 235,000 new apartments could potentially be created in office and administrative buildings, according to the alliance's estimates.

Urban researcher Frank Eckardt, professor at the Bauhaus University in Weimar, goes one step further. Conversion could also be an option for other premises: "You saw in 2015/2016, for example, that you could suddenly convert quite a lot of vacant properties into shared accommodation for refugees — old supermarkets, DIY stores, vacant commercial premises or industrial halls," he said. In the wake of the pandemic, he said, there will be many vacant buildings due to bankruptcies, including hotels.

"Why not think about setting up a program to at least make an offer to those who can't make ends meet in the crisis to convert their property into appropriate housing?" he said, calling it a "unique opportunity" for cities to create affordable housing.

Meanwhile, in Berlin, Petra Fischer and her husband must continue to hope that they will find a new apartment or be allowed to stay in their old one. Moving to another city isn't an option, because of the nearby relative who depends on them. In a pinch, Fischer said, they may have to put their furniture in storage and stay with friends or family.