Rising perceptions of insecurity have been cited as a key factor in the increase in issued licenses. Some have warned that the increase could contribute to situations similar to the US, where gun violence is rampant. 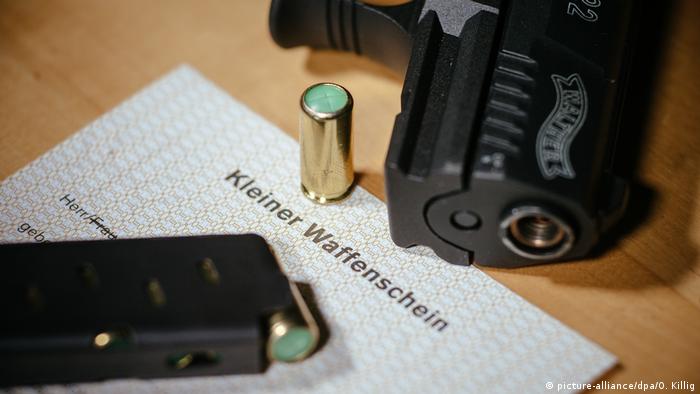 Germany has issued nearly 600,000 basic weapons licenses, representing an increase of 130 percent since 2014, according to figures published on Friday by Redaktionsnetzwerk Deutschland (RND), which supplies a number of German dailies with content. In 2014, only 261,332 licenses were in use.

With the license, Germans can carry gas pistols, flare guns and other weapons not intended for deadly use.

The rise has been partially attributed to a growing sense of public insecurity, most notably with an increase in terror attacks on European soil since 2015. But some are afraid that more weapons in citizens' hands could make things worse.

"We must be careful not to get American conditions in Germany," said Jörg Radek, deputy chairman of police union GdP, referring to rampant gun violence in the US. "There is a danger that weapons will not be used properly and that their owners will endanger themselves."

Generally, firearms deaths in Germany have steadily dropped over the past decade, reaching 820 in 2014. That figure is minuscule when compared to the 33,336 deaths recorded in the US that year.

"More private weapons do not create more security," said Irene Mihalic, the Green Party parliamentary group's spokeswoman for internal affairs. "On the contrary, they have the potential to escalate conflicts into violence."

Similar to previous massacres, Sunday's mass shooting in Las Vegas will likely trigger a fresh debate over gun control. But in an interview with DW, a noted scholar on gun violence doubts that much will change. (02.10.2017)

Despite considerable publicity, a German-language portal mixing racism and firearms is still online. DW's Jefferson Chase is appalled and tries to figure out why something so odious is still freely available in Germany. (03.12.2016)