Following a recent spike in coronavirus cases, the German government has prolonged a ban on large sporting events until the end of October. German football leagues completed this past season behind closed doors. 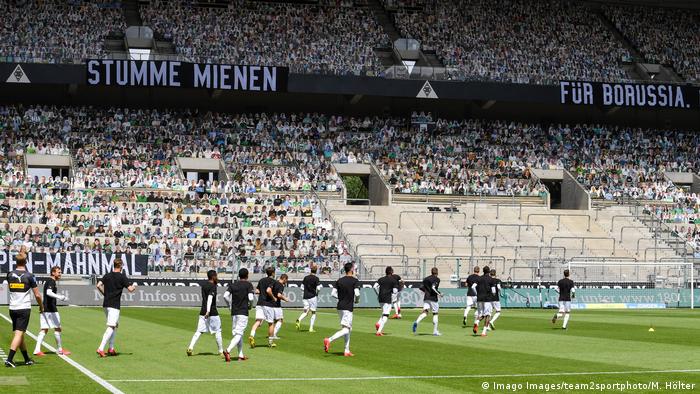 The German government has prolonged a ban on spectators in sporting venues following a recent surge in coronavirus cases.

The proposal to ban large sporting events with fans until at least October 31 came as part of a resolution that was announced on Thursday following discussions between German Chancellor Angela Merkel  and state premiers.

Leagues and teams from around Germany have spent months trying to produce hygiene concepts that could allows fans to return in a limited capacity. Those will have to be put on hold in light of the latest developments.

The news comes as a blow to professional clubs not only in football but handball, basketball and ice hockey, that are heavily reliant on the income generated by having fans in attendance. The ban on gatherings would also apply to events such as concerts and festivals.

Future exceptions may be made in regions with lower infection rates providing a number of criteria are met.

The German Football League (DFL), together with the governing body DFB, on Wednesday published a proposed reworked hygiene concept for the coming season for the 36 clubs in the top-flight Bundesliga and second division.

Measures to be approved at a September 3 meeting include personalized tickets. However, it is unclear as to whether this can lead to the admission of a large number of fans to stadiums in light of the guidelines now proposed by the federal government seems questionable.

"We would get through it, we have credit lines," Cologne CEO Alexander Wehrle told the Kölner Stadt-Anzeiger newsoaoer about a potential season without fans. "It's our responsibility to plan for this eventuality and be prepared."

Wehrle said Cologne make around €1.8 million ($2.1 million) per Bundesliga game. "You have just have to multiply that by 17 then you have the amount," he said of the cost of the worst-case scenario.

At present, matches in the lower divisions and amateur level of German football have been granted permission for fans to attend providing social distancing measures are adhered to.

The Bundesliga is due to begin September 18, the handball season October 1 while ice hockey and basketball want to start their new
campaigns in November.