Four asylum-seekers are set to plead guilty to assaulting passers-by on a Bavarian street in December. The incident led far-right groups to call for vigilante activity and lawmakers to call for tighter deportation laws. 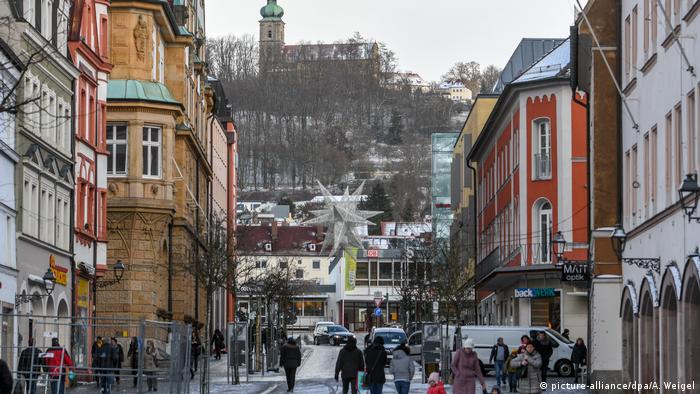 Four asylum-seekers accused of attacking several town residents and a policeman in the Bavarian city of Amberg entered a plea deal on Tuesday, with three defendants agreeing to suspended sentences and the fourth set to go to prison. All four defendants from Afghanistan and Iran also apologized for the assaults.

The group, ranging in ages from 17 to 21, confessed to harassing and assaulting passers-by while under the influence of alcohol and drugs on the evening December 29, 2018. During the incident, they attacked 21 people on the street. Some 15 of them were hurt, suffering mostly minor injuries.

As part of the plea deal, the court in Amberg agreed to hand down suspended sentences of between six and 18 months for three of the four accused and a prison sentence of at least two years for the man suspected of leading the group.

The case gained prominence after Interior Minister Horst Seehofer used it as evidence that stricter deportation laws were needed to deal with immigrants who commit crimes.

Ahead of the trial, investigators interviewed 100 witnesses and examined video footage from the scene.

In January, several days after the alleged attacks, local authorities launched an investigation into a far-right reaction to the incident.

Amberg police said the local chapter of Germany's extreme-right NPD party was organizing vigilante activity in the town and spreading it on the social media platform Facebook, although no activity on the street was witnessed.

Amberg Mayor Michael Cerny joined other Bavarian leaders of the state's governing CSU party in denouncing far-right attempts to stoke fear and anger among the population, specifically towards law enforcement.

The asylum-seekers' case and the exploitation of it by far-right groups was the latest instance in a simmering debate in Germany over immigration, integration and crime, which has been ongoing since over a million asylum-seekers entered the country since 2015.

The Amberg incident was followed by the more notorious case in Chemnitz in 2018, where the death of a German man at the hands of an asylum-seeker during a town festival led to a wave of anti-immigrant sentiment.

A subsequent far-right mobilization and the response by local and federal authorities reached the upper echelons of Chancellor Angela Merkel's governing coalition, culminating in the sacking of domestic intelligence chief Hans-Georg Maassen.