Hundreds of thousands of helpers have supported refugees from war-torn countries in adjusting to life in Germany. Wedig von Heyden - a retired lawyer - is among the many volunteers engaging intensively with migrants. 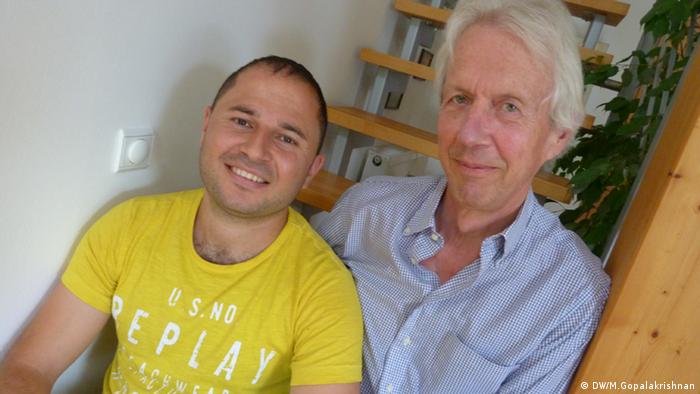 "Would you like some tea," von Heyden asks, walking up the stairs leading to a room lined with bookshelves. A palm tree decorates the otherwise sparsely furnished area and a balcony looks out onto the neighboring garden.The retired lawyer settles down on a chair and begins talking about his experiences. "I worked with universities and the sciences for 45 years. The ministry of science was in Bonn, so I had to move here. Earlier, I was in Munich, but I originally come from Hamburg - I grew up there," he says.

The willingness to help

Some years after retiring in 2008, von Heyden heard about refugees crossing the Mediterranean and coming to Germany. "Then I thought, somebody like me has a lot of time. I live comfortably and it would be worthwhile doing something like that [volunteering]," the former lawyer tells DW.

"Then I went to Caritas [Catholic aid organization - the ed.] - which was the group organizing these things at the time. They looked at me, thinking, 'Oh, he's an old man." Then they asked me whether I could imagine looking after a young Syrian. Now we've been together for two years," von Heyden says, looking at his Syrian-Kurdish protégé, Nidal Rashow.

There are no conclusive numbers on the number of volunteers helping refugees in Germany, but according to a new study by the Bertelsmann Foundation, the number could be anywhere between 500,000 and a million. 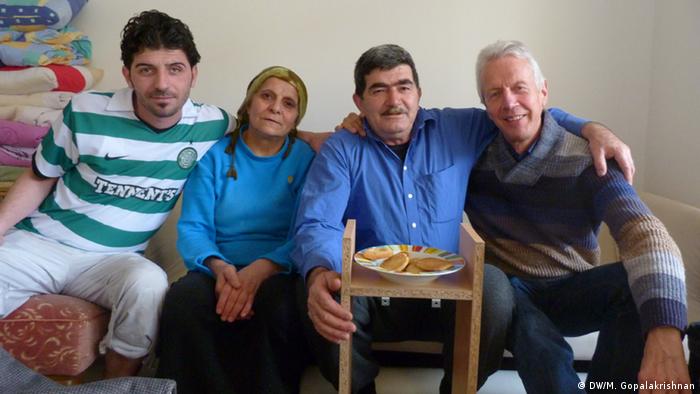 Retired people have increasingly been participating in helping migrants ever since refugees began streaming into Germany, the report says. Additionally, a large number of retired people with an academic background engage in teaching refugees languages, for example. These volunteers use their own money for such initiatives and go directly to refugees' homes, which helps them gain access to all family members, including small children.

Today, von Heyden's ward Nidal is living every refugee's dream. The 30-year-old Syrian Kurd has found a part-time job as a counselor with Bonn's administration and is studying social work to improve his qualifications and get a better salary. Von Heyden helped the migrant find his bearings in the German bureaucratic system, find a part-time job, learn German and enroll in a course to improve his qualifications.

The Syrian in turn roped in his other compatriots to seek help from von Heyden. The German lawyer has around 20 refugees in his care. "Not in the way I took care of Nidal of course, but I help them find an apartment, tell them to go to the doctor," he says, adding that he has never faced any difficulties "except for the fact that I need to keep reminding them to get their vaccinations."

It's probably because of his age that he hardly faces problems with refugees, the former lawyer argues, adding, "Old people are always respected." He also knows his way around German bureaucracy. 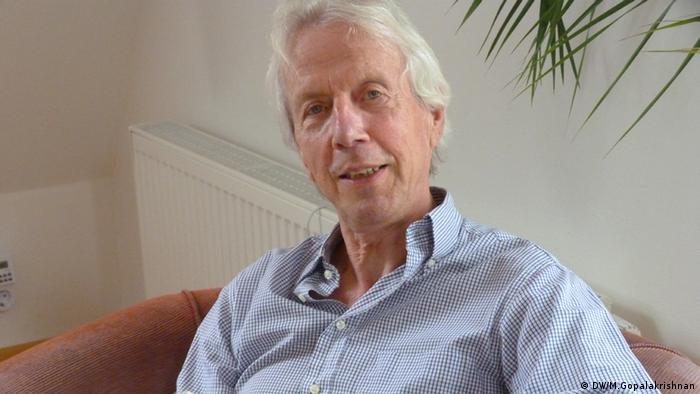 "I know the mentality of our public officials here. I think they have a tough job to do. Day after day they deal with crying, screaming people who don't understand a word of what's being told…I understand what they go through," he explains.

Can Germany do it?

Von Heyden's optimism and success with integrating migrants into Germany has been consistent, despite the recent terror attacks and consequently, an increase on violence in refugee homes. "I haven't noticed any difference, either in me or in the Syrians. Obviously, I imagine they are sometimes a bit insecure because they think they will be branded together with these terrorists," he says, adding that his perception of refugees from Syria hasn't changed.

A recent study by the union of Evangelical churches in Germany (EKD) analyzed a sample of over 2,000 people for their reactions to the refugee influx in Germany. The study found that people between the ages of 30 and 39 were skeptical about the newcomers. Teenagers and people between 60 and 69 were more confident. Respondents in the eastern part of Germany were more skeptical than their western counterparts.

Starting over - Syrians in Germany

The analysis also found that respondents who were pessimistic about the migrant influx were older and less-educated than those who were optimistic. The pessimists were worried about a possible rise in extremism, lesser opportunities for refugees to integrate and the residents' financial decline.

Incidentally, von Heyden also believes that Germany's booming economy is one reason why there is more goodwill toward refugees. For him, Germany has achieved Chancellor Angela Merkel's promise last year, when she said, "Wir schaffen das" ("We'll manage").

"We have achieved quite a bit," Wedig von Heyden reacts, adding, "Obviously, we have problems, but that doesn't mean we have not achieved anything. It will work if we stick to the number of refugees and if Germans stick to their relative openness. But things may become very difficult if another million refugees come here - very difficult, considering the society's attitude of acceptance - or worse, if we have an economic crisis. Then the money won't be there."