German universities are trying to make it on the world stage as part of a federal-funded "excellence initiative." But a lack of investment in infrastructure may undermine their desire for elite status. 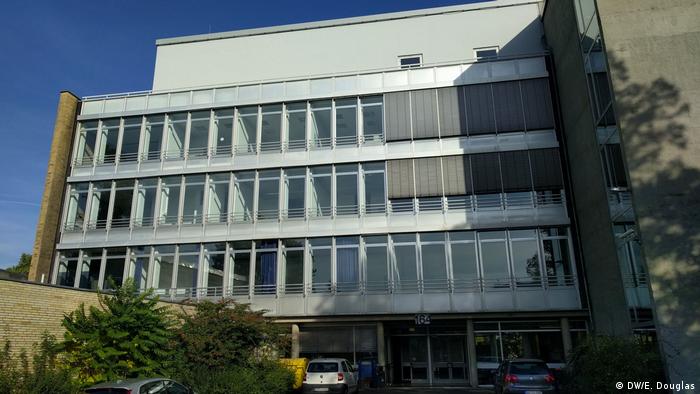 It's that time of year — German university students are heading back to the classroom for the start of semester after their summer break. But at the University of Bonn, as in many German universities, some students are unhappy with the standard of the buildings where they will be attending classes this fall.

"Every room I know in the main building is old-fashioned and unpractical," Lisa Stroetmann, Masters student in Political Science in Bonn, told DW on a sunny October day as hundreds of fresh-faced "Erstis" (first years) entered the main building for their first week of classes. "It's really not good enough."

"The rooms really aren't properly equipped," another student agreed, who didn't want to be named. "Often the seminar rooms aren't big enough for the amount of students, because they assume after the first week that people will stop showing up." 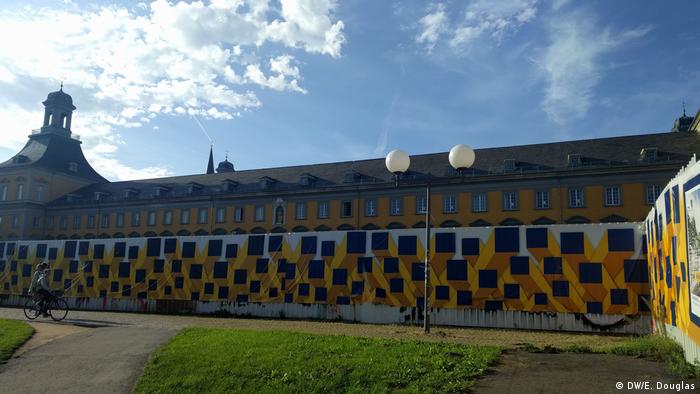 Asbestos in the main building

The Rheinische Friedrich-Wilhelms-Universität Bonn certainly looks impressive at first glance. The iconic Electoral Palace, former home of the Prince Electors of Cologne and Bonn, has been at the heart of the university since it was founded in 1818. To visitors and new students enjoying the leafy Hofgarten in front of the building on a sunny day, the yellow frontage gives an air of prestige.

However, the building itself is not original, having been rebuilt in the 1950s after extensive bombing damage during World War II. University students at the time were required to help in the building works. According to university spokesperson Andreas Archut, it is in desperate need of renovation. Cracks run along the walls and mold and moss are growing in corners.

"We’ve also recently discovered asbestos in the main building, so now we have very strict regulations about building works," Archut told DW. "You're not even allowed to hammer a nail in the wall without special precaution procedures."

Asbestos, along with lead and PVC, are building materials once commonly used but now considered toxic. PVC and lead have also been found in other Bonn university buildings.

Huge building works are taking place on the front and basement garage of the building, as announced by signs covered in graffiti. But there are no plans for similar renovation work on the ground level. 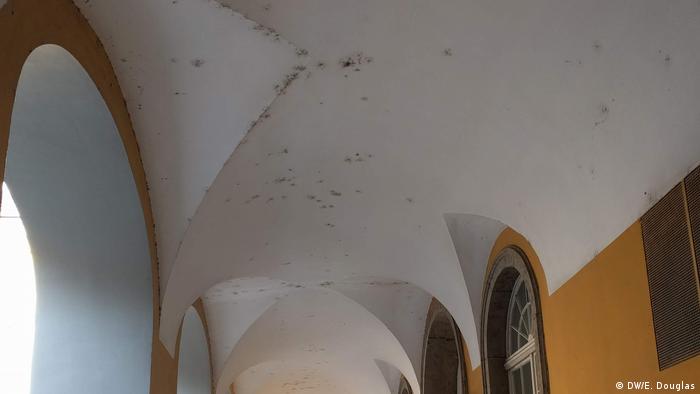 The University of Bonn is made up of around 200 buildings, many dating from the 1960s and 1970s. Although there are many new buildings, some of the most tired and old-fashioned can be found at the Römerstrasse concrete complex, which houses IT and sports facilities.

"There's one building at the Römerstrasse complex which is completely unused because of PVC in the walls," Archut told DW.

A recent article from German newspaper Die Zeit estimates that over €1 billion ($1.1 billion) is needed to modernize the university buildings in Bonn. Archut described this number as "an easy figure" to cite, but agreed that it might not be far off what would be needed. "Just the main building would probably need €100 million ($110 million)," he told DW.

"It's really a permanent problem," another student said. "They've always got building work going on here — and it never seems to make any difference to the standard of the buildings." 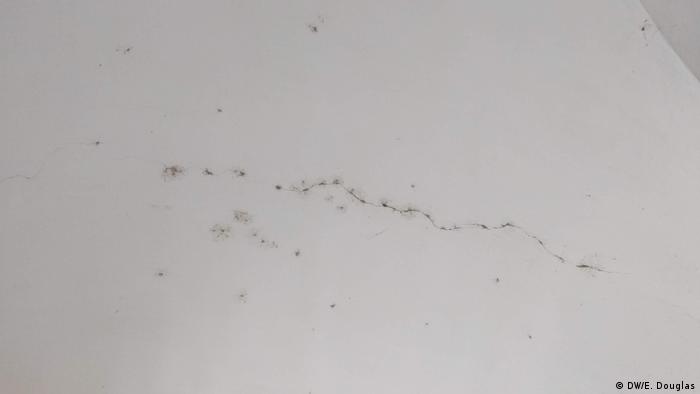 As long as the buildings do their job and are safe, it can be argued that German universities do not need to update tired facades. After all, German public universities simply don't have the same kind of money as British Russell Group universities or Ivy League colleges in the US.

Indeed, German universities have long prided themselves on removing themselves from the narrative of "elite" universities that pervades the educational culture of many Western countries. Unlike in the US or UK, where a name like Oxford or Harvard on a resume can make all the difference to a job application, German students often choose universities which offer courses which they want to study, or simply which are closer to home or offer other practical benefits.

However, this all has been slowly changing since 2006, when a federally funded program referred to as the "Excellence Initiative" began to hand out funding to German universities that made great steps in research programs or had made attempts to be promote themselves internationally, for example in their connection with the Scottish University of St Andrews.

Following a renewal of the fund in 2018, 11 German universities have received funding of between €10 and 15 million to spend over the next seven years. But this money is to be invested in research at the universities and will not be spent on infrastructure.

“It’s great that we’re got funding for all these new research projects," Archut said. "But we do not want the excellent new additional staff we can now hire just turn around and leave when they see the facilities. This is why more investment in infrastructure is urgently needed."

The University of Bonn was officially added to the list in July 2019, in recognition of its growing international status and research model. Despite its infrastructure issues, Bonn remains one of the most highly ranked universities in Germany, according to the British Times Higher Education ranking.

International university with a bright future

Bonn also prides itself on becoming more international, which means that more funding comes in from international tuition fees: German and EU citizens pay no or very low tuition fees. However, in Bonn, the vast majority of students are from Germany, and for these students the issue of infrastructure may be more important that a university's international standing.

Proportion of German and foreign students in the University of Bonn

Archut explained that there may be a precedent, with the universities of Aachen and Bochum in Germany investing some of their money from previous excellence initiative schemes into new buildings. But for now there are no such plans in Bonn.

For now, new undergraduate students and federally-funded postgraduate researchers alike will have to continue to work and study university buildings in dire need of an upgrade, or else work out of separate buildings which the university is now renting.

With enrollment higher this year than ever before and 1,000 new researchers expected as part of the excellence initiative, the University of Bonn, just like many German universities, may need a solution fast.

Ukrainian opera singer Sergiy Anastasyev, who had to flee the war in his home country, now lives in Bonn, Germany. He talked to DW about how singing has become therapy for him, and how he longs to return to Ukraine.

Founded more than a decade ago, the Jazzfest Bonn has grown into one of Europe's major jazz festivals, bringing the musical genre to bigger audiences in Germany.

In the German city of Bonn, protesters gathered for a three kilometer long human chain to condemn Russia's invasion of Ukraine. The chain snaked through the city from the university to the United Nations Campus, where several UN organizations have their headquarters.