The Historical Roots of Carnival in Germany | Culture | Arts, music and lifestyle reporting from Germany | DW | 15.01.2002

The Historical Roots of Carnival in Germany

People in Germany have been celebrating Carnival since the Middle Ages. Today, few people are aware of the historical roots of the tradition. 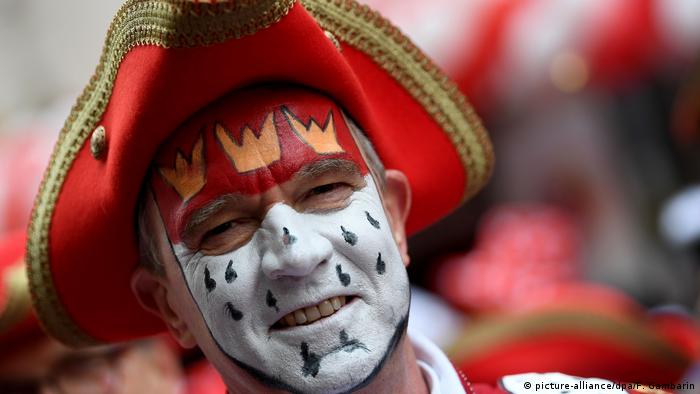 People in Germany have been celebrating a form of Carnival since the Middle Ages. But even before that, people performed heathen rituals at this time of year to celebrate the end of winter.

During Roman times, for instance, people along the Rhine celebrated a festival in honor of their wine god Dionysus in spring - a feast with much drinking and laughing, a feast during which people had complete freedom to criticize authorities without fear of repercussions for a few days. Some of that tradition still lives on today.

Night before the fast

When regions along the Rhine where Christianized, the heathen festival was integrated into the official church calendar and developed into what later became known as Carnival.

The celebration takes place six weeks before Easter, just before the period of fasting or Lent begins. In fact, the original name still used in parts of the German speaking world, "Fastnacht" (night before the fast), reveals these early Christian origins.

The 40 days leading up to Easter were intended as a quiet, reflective time. According to the church, people should abstain from heavy eating and drinking during Lent as a way to remember the suffering and death of Jesus Christ.

But before these sobering weeks began, many of the Christians wanted to enjoy themselves and live it up one last time.

Eating and drinking, rowdy behavior and indulging in the pleasures of the flesh were all considered a part of preparing oneself for the fast, a sort of purging the body through partying.

In fact, this is where the name "Carnival" comes from: carnis is Latin for 'flesh'.

Party with the blessing of the church

Although it may seem surprising, the Catholic church actually tolerated this wild behavior, regarding it as a comprise for the piety that was expected in the weeks prior to Easter.

And it’s due to this tradition that Carnival today is mostly celebrated in the Catholic regions of Germany: along the river Rhine in cities like Mainz, Cologne and Düsseldorf.

Nothing is as it was

Since it’s early beginnings Carnival and its equivalents of Fastnacht and Fasching was a period when the world was turned upside down.

The normal order of things was reversed: Drunkenness and partying were suddenly acceptable, the figure of the fool or clown was respected, and the nobility was openly satirized.

The simple craftsmen and workers rose to the position of prince in their guilds and paraded through the streets in hand-sewn robes showering bystanders with food and wine instead of golden coins.

And as in the Venetian masquerades, people on the streets hid their real identity behind masks and costumes, some elegant others witty. For just a few days the topsy-turvy world of Carnival was normality.

Making fun of the Prussians

Carnival was institutionalized in the early 19th Century, when the Prussians governed the regions along the Rhine.

During Carnival, people in the region dressed up in the uniforms of Prussian soldiers as a form of protest and satire of the Prussian rulers.

This tradition has been passed down to the contemporary Carnival clubs, many of which have their own "regiment" and military banners complete with marching bands and powdered wigs.

Historical roots of Carnival in Cologne. (Website in German only)